How far would you go to notch up the romance in your life? Well, if you’re lost on inspiration in this regard, you can now borrow some from Samuel- a guy who pushed a piano to Eiffel tower right through the wee hours of morning for a sole reason- to make for an epic wedding day photoshoot. 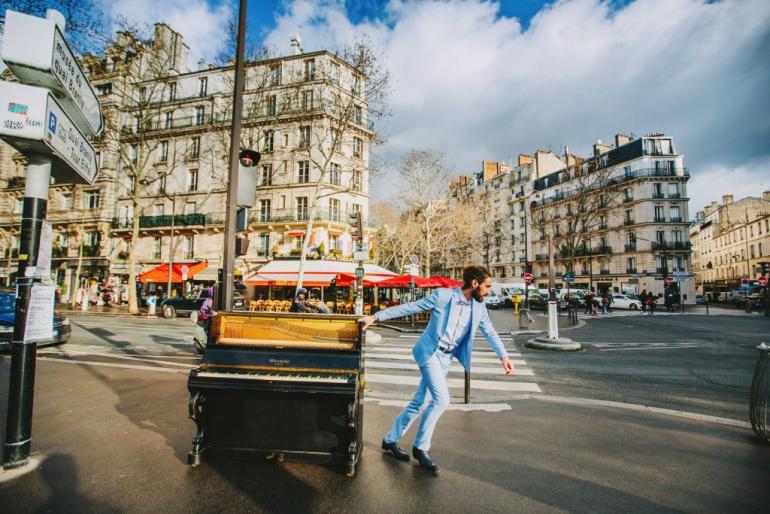 His goal was to surprise fiancée Maya by singing his vows before the iconic monument as part of their wedding day. To capture the essence of the moment, Samuel roped in photographer – Priscila Valentina who made sure that nothing missed the magic of her lens. 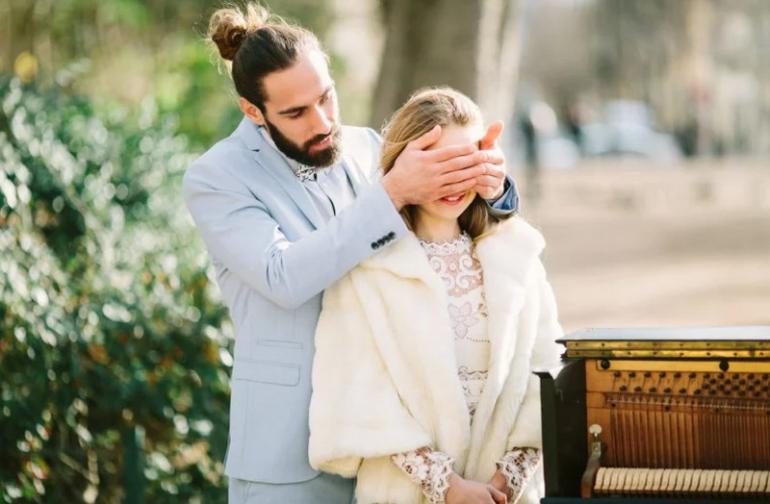 Starting at sunrise, our Romeo began his work and managed to park the antique piano at its chosen spot right in time. Commenting on the stunt, Valentina said: “As Sam pushed the piano up to the Eiffel Tower, the Parisians stopped with questionable eyes, but full smiles, something was kindling, a familiar spirit of romance was in pursuit.” 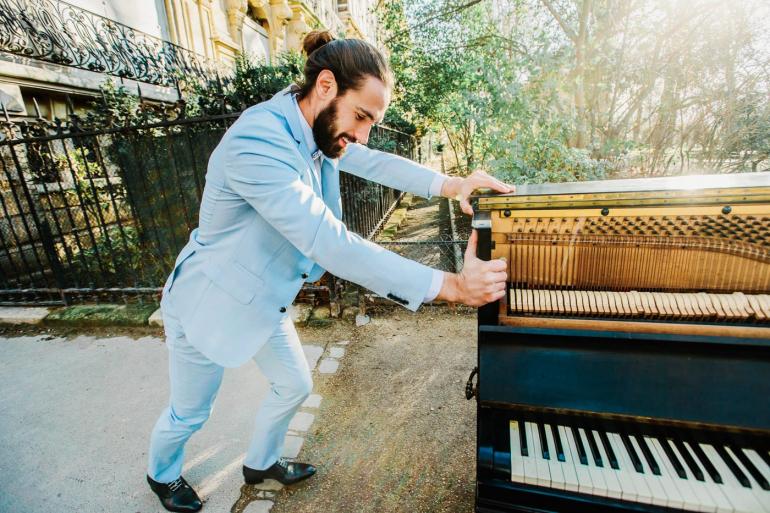 The near-perfect setting was further graced by light snowfall making the moment a special one for the couple in love. Although the snow-flakes were a tad bit late to arrive (after the photoshoot was done and over with), Valentino did not let go of the occasion. 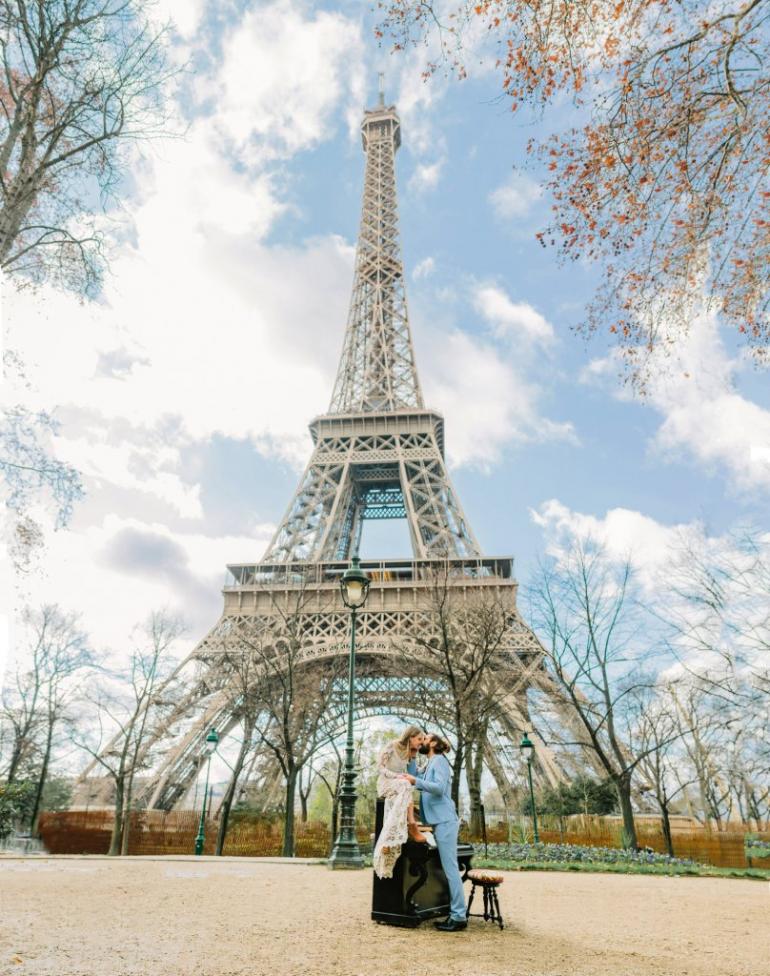 She summoned the couple back on the spot and later shot them standing on top of the Piano – much like a ‘lost in Paris’ moment on film. 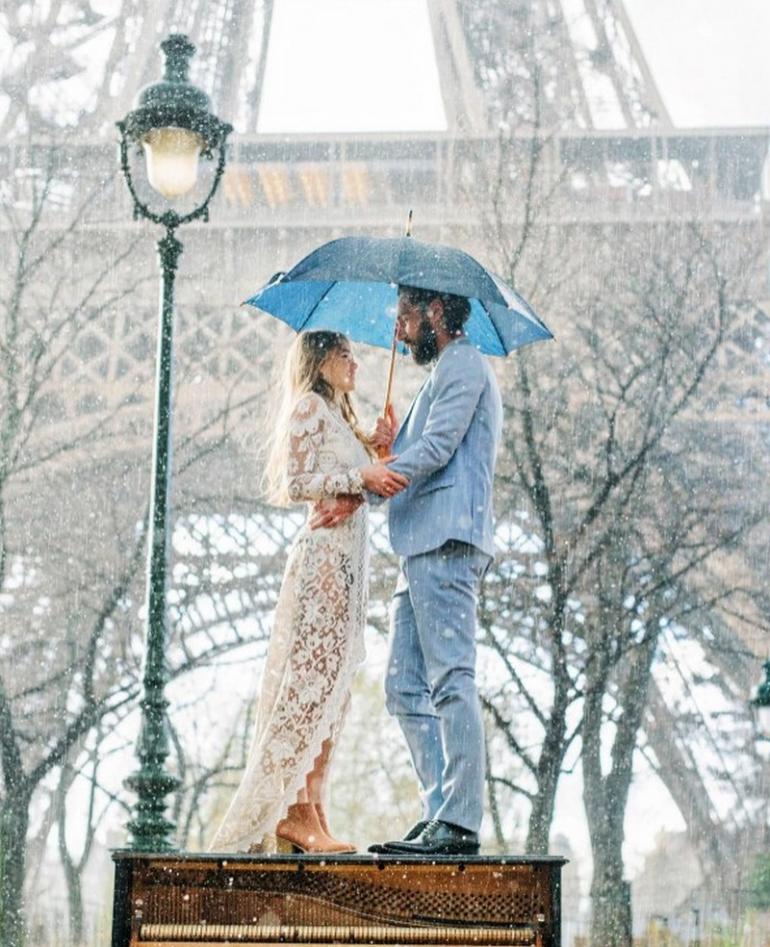 Summing up the shoot, Valentino said, “As the snow fell, I looked up in the sky and knew there was something special happening, it was a supernatural feeling, like as if God opened up the opportunity with perfect timing to remind the world, that we can do better, that love is what this life is all about and I believe that’s the message behind the photos.” Well, don’t we all wish upon a love like this!