Back in 2014 you might have heard us talk about the world’s most expensive toothbrush,and then a little later about the Oral-B smart toothbrush that connects to your smartphone, well the latest from the dental hygiene sector is the Misoka toothbrush that uses some form of nanotech (yeah, isn’t that awesome) to help with keeping your pearly-whites… pearly-white. 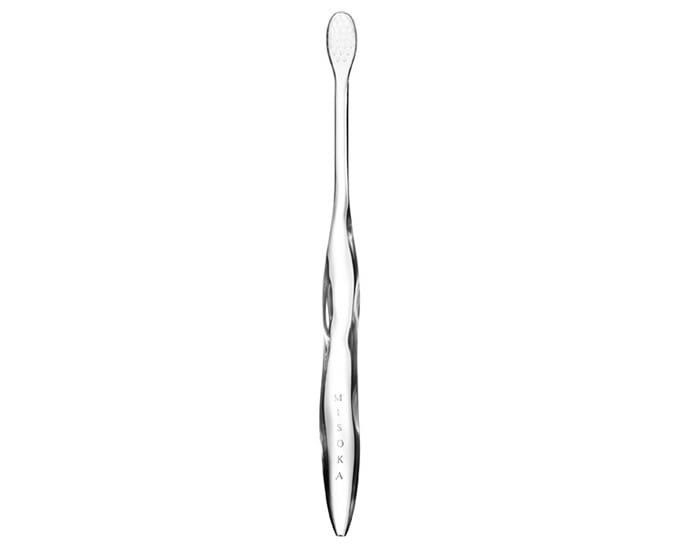 Now when we say “nanotech” we’re not exactly talking about tiny robots that are programmed to clean your teeth with minute lasers and such, well not exactly anyway; what Misoka uses are actually nano-sized mineral ions (one billionth of a metre in diameter) that are coated onto the bristles of the brush.

The product was developed by a Japanese designer – Kosho Ueshima – in collaboration with Yumeshokunin, which is a tech company based out of Osaka. The main feature of the brush is that it’s meant to be used sans toothpaste! The concept is that the nano-ions are transferred onto your teeth simply by dipping the brush in water to loosen them from the bristles before brushing; the ions then help by removing unsightly stains and also create a protective coating on the enamel. The designers had this to say – Even without toothpaste, your teeth stay as shiny and clean as though you just walked out of a teeth-cleaning session at the dentist’s. 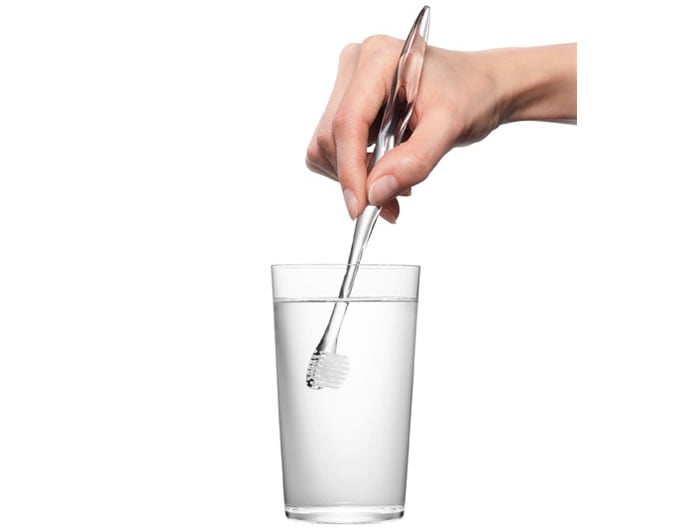 The tapered design helps the brush get into those tight spots between your teeth. True to its name, that translates to “the last day of the month” in Japanese, the brush would need to be replaced every 30 days as the all the ions would have been used by this time.

READ:  A toothbrush that works with a smartphone? Behold Oral B's Smartbrush

Although the nanotechnology toothbrushes have been around since 2007, at least in Japan and other parts of Asia, the redesigned unit will hit the European market in Milan next week during the time of Salone del Mobile. The brush itself features a rather suave design in translucent PET (polyethylene terephthalate) plastic and is said to depict a stream of running water. It will be available with a cast aluminium holder. Prices are yet to be announced.