Luxury can be an extremely luxurious affair too, so long as you bring home and use Aesop’s Double-Edge Razor. This luxury razor is more than just a grooming accessory and is handcrafted by talented English craftsmen at Aesop’s stables. Called the Double-Edge Razor, this grooming tool sports a high-density handle and chrome-plated blade that promise to give users the perfect wet shave. The blade head used on the Double-Edge Razor is a die-cast Zamak piece that comes with 10 individually wrapped stainless-steel Merkur Solingen razor blades. The Zamak blade head, unlike the rest of the razor, is made in Germany and assure precision and perfection. 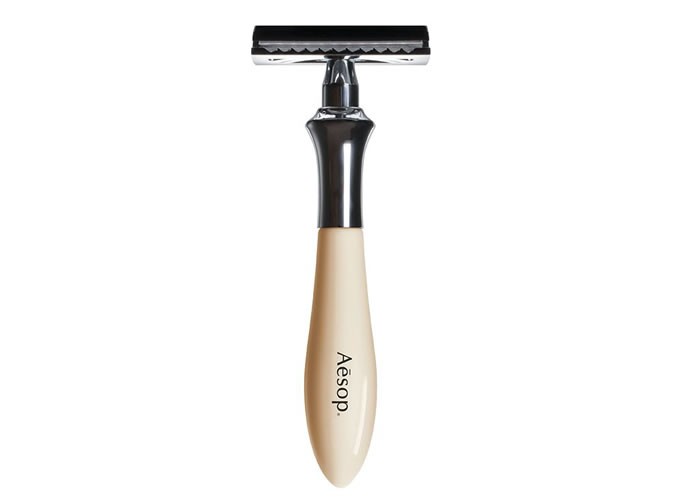 The Double-Edge Razor isn’t a disposable tool however, given the fact that it comes with a hefty price tag of $105. That shouldn’t dither connoisseurs from opting for one of these razors however, given the fact that they’re a luxury grooming tool that only a privileged few can buy. But then again, if you really can afford a razor that costs more than a hundred dollars, you’d rather have your own hair-dresser and grooming assistant who can give you that perfect shave every time, with a less unconventional razor. Make sure you settle for an equally luxurious shaving cream if you’re settling for this razor by Aesop though!

[ Available at : Aesop Via : Trendhunter ]