Art knows no bounds. And in making sure that it creates a stirring and lasting impact on viewers is French Artist Thierry Mandon. His latest project, “Inside-Outside,” features the fully pajamaed performance artist comfortably reading in bed underneath a picture frame and in front of a nightstand, each of which is mounted onto an exterior stucco wall.


The scene is a rather tricky one requiring sustaining the illusion of relaxation while simultaneously maintaining perfect balance. The art installation in the performance is situated in Chambéry, France, and was constructed there in 2015. 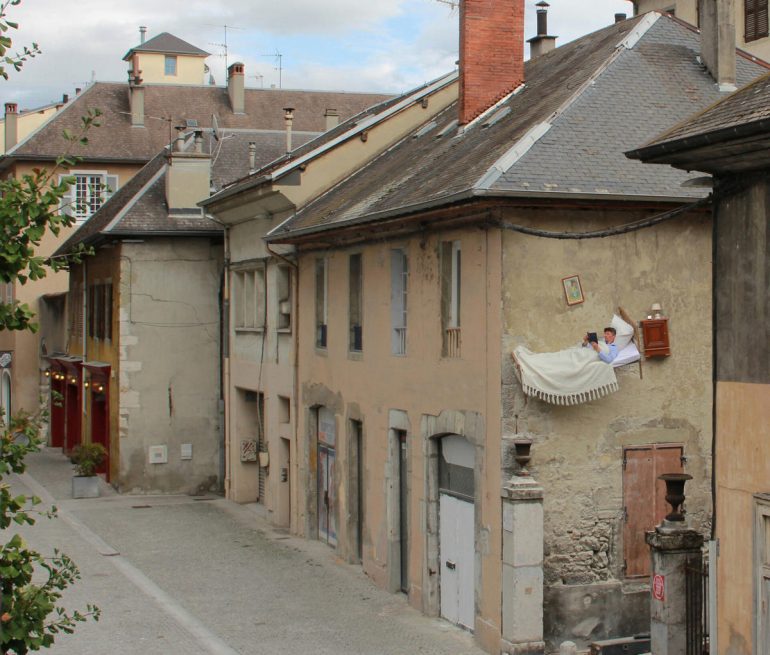 As can be seen, the multidisciplinary artist is always the subject of his sarcastic works, where he unveils a series of solitary daily activities that, once outside of the usual setting, become more of a performance rather than an ordinary moment. 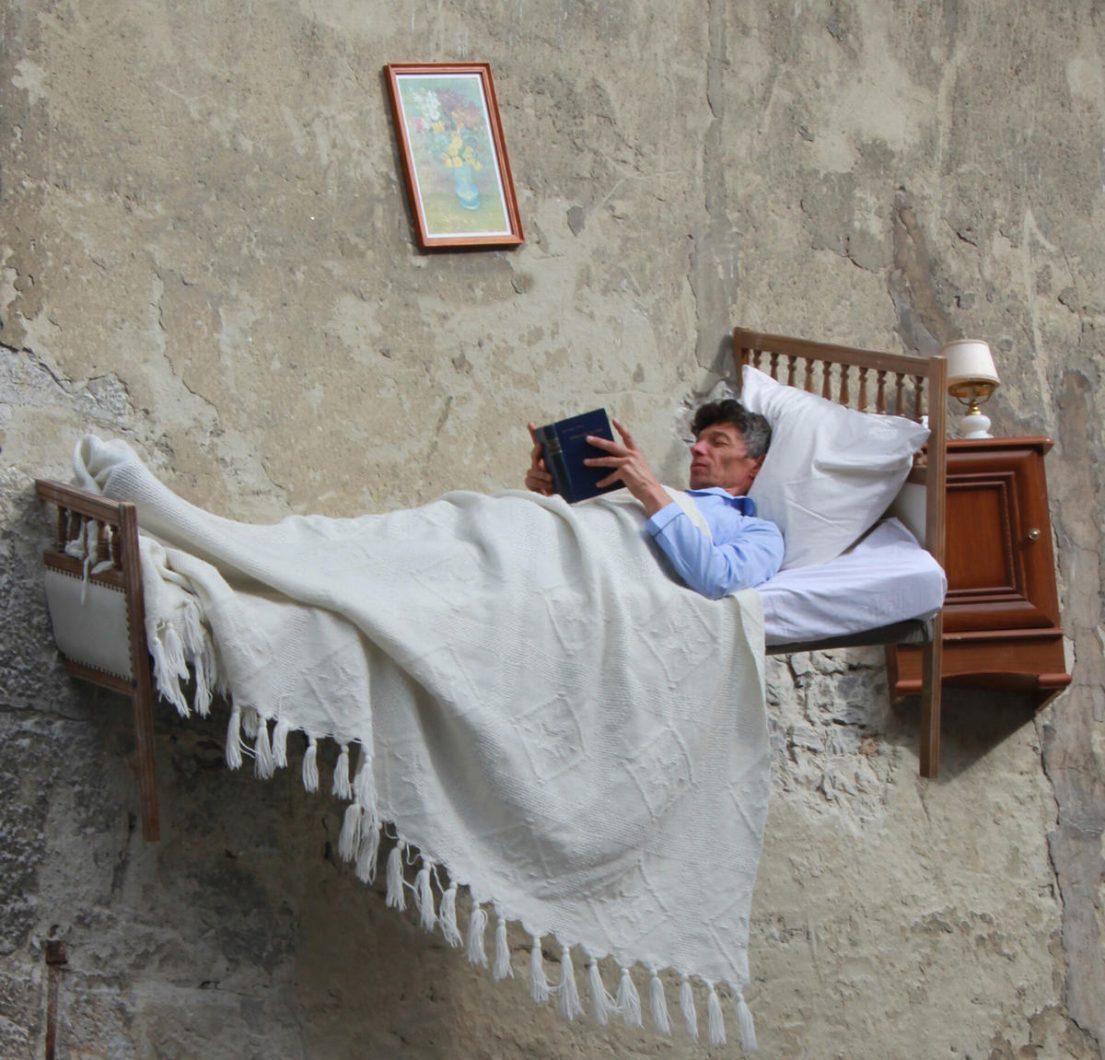 Commenting on it, Mandon, in a statement said, “Like many of my videos, a character, a kind of archetype of the individual, is staged in a banal situation of the everyday life. By transposing this common scene into an incompatible space-time, it turns into an absurd and poetic parody. The character is faced with its human condition, with the tragicomical aspect of its existence, with its limits but also with its creative strength.” 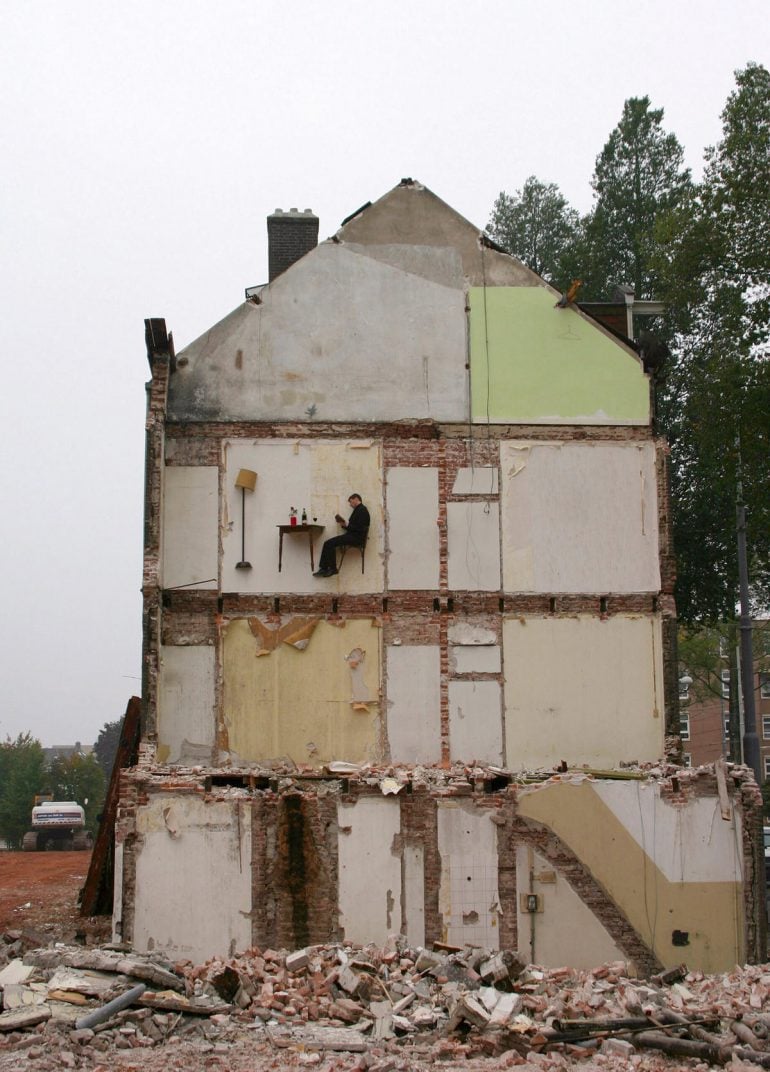 He further added, “The realization of this video has been complicated. We had to solidly fix a bedspring supported by a short scaffolding in a wall. Without the help of the team of the artistic event in which I participated; this video would never have existed. Thanks to the whole Couts-Circuit team! I must add that I did not feel completely safe when I was lying down in that bed because it was over a meter high.” 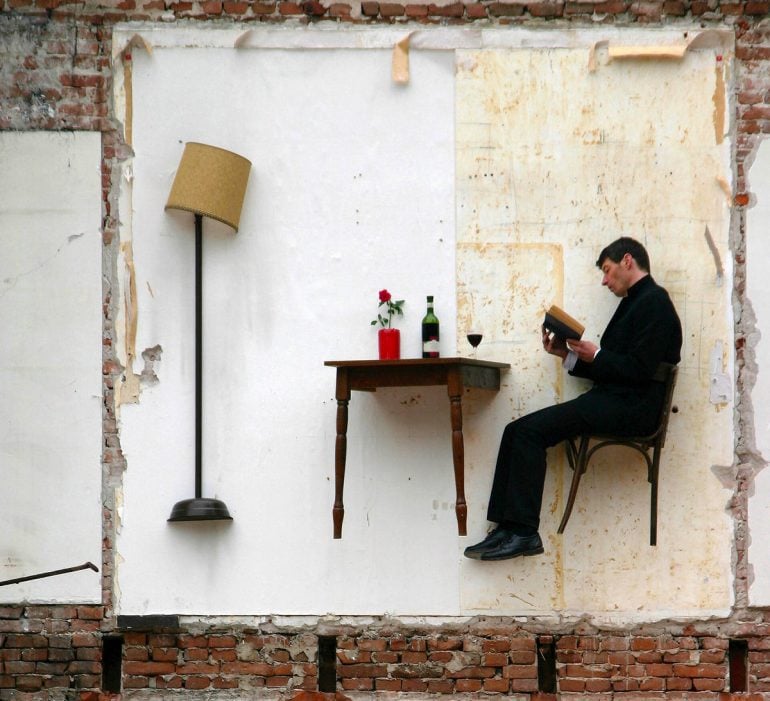 In another similar artwork titled ‘Tableau Vivant’ or ‘Living Painting,’ Mandon can be seen sipping on a glass of wine at a split dining table also hovering above the ground. The artist’s thought-provoking pieces including “Inside-Outside” can be found on his site as well as on Vimeo. Do have a look!

Tags from the story
Art, France