If not for the stars, renowned artist Jeff Koons is certainly set to reach for the moon! The maverick who is best known for his shockingly expensive Balloon Dog sculptures is planning to send his art (also available as NFTs) to, yes, you guessed it – the moon!


Called ‘Moon Phases,’ the project features physical sculptures that will be permanently transported to the lunar surface in a thermal coated mini satellite. Additionally, the artwork will have a historically meaningful NFT” component to back it. 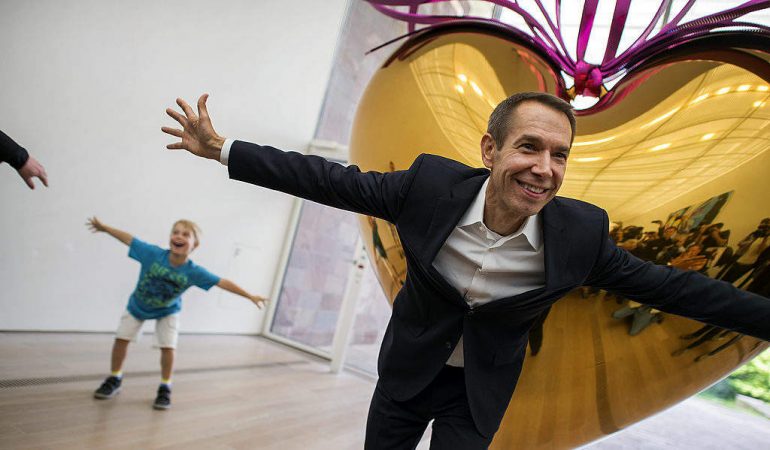 The exclusive pieces will be launched into space from the Kennedy Space Centre in Florida to ultimately land in the Oceanus Procellarum, a flattened region of the moon. While Pace Gallery’s NFT gallery Pace Verso will organize the project and the NFT sales, private American company Intuitive Machines will create the lunar lander (christened Nova C) along with 4Space and NFMoon also involved in the execution.
Further, proceeds from the NFT sales will be donated to Doctors Without Borders, an international humanitarian medical non-governmental organization that works in conflict zones and countries affected by endemics.

Commenting on the project, Koons, in a statement, said, “Space explorations have given us a perspective of our ability to transcend worldly constraints. These ideas are central to my NFT project, which can be understood as a continuation and celebration of humanity’s aspirational accomplishments within and beyond our own planet.”

He further added, “I wanted to create a historically meaningful NFT project rooted in humanistic and philosophical thought.” Similarly, Pace president and chief executive Marc Glimcher noted that the project is “one of the most ambitious and momentous endeavors the gallery has ever presented.”

Remarking ahead, Jack Fischer, vice president of Intuitive Machines, also said, “Koons’ sculptures, documented by the NFTs and housed in a transparent, thermally coated, sustainably built enclosed art cube, will be the first authorized artworks to be placed on the surface of the moon, where they will remain in perpetuity.”

While there is no word on the launch date of Jeff Koons’ Moon Phase’, it is expected to take off later this year.

Tags from the story
Jeff-Koons, NFT