We have heard of all kinds of absurdities that the rich engage in. Have you heard of tycoons driving up to farms to acquire a pet sheep? We are not talking about just any sheep, though – that would have made you sulk in disgust, but the significance is for the Dolan breed, of which only 1,000 exist in the world. And the Chinese, Uighur Muslims mostly, are apparently most amused by this breed. It was bred from sheep in Kashgar for more meat and has now become ornamental. Rates for this depend on multiple factors such as darker fleece, bigger ears, and curvier face. As of now, the costliest is a six-year-old sheep owned by Majid Abdul Reyim from Kashgar. He was offered 14 million yuan ($2,189,000) but is waiting for a more lucrative sale.

Also, several families together buy a single sheep as investment and then charge for its breeding rights – going up to 300,000 yuan per dose of semen. 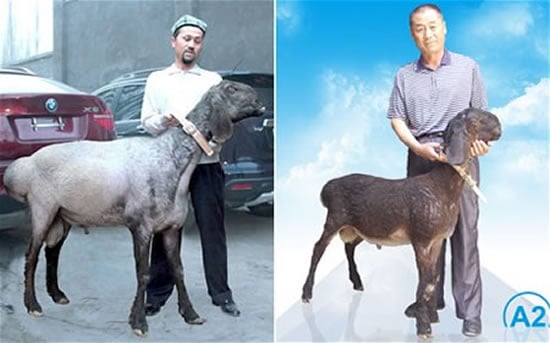