Trust the world to come up with something more weird and aweing, and believe me, it will! What’s news now and is talk of the town, are the paintings by Princess Tarinan Von Anhalt (wife of late Prince Jurgen Von Anhalt of Austria). The Princess is taking forward the legacy of her husband, who had back in 1982 invented the technique of Jet Art! Princess Tarinan Von Anhalt is known to be the first woman to attempt such a fiat daring to stand behind the revving engine of an $11 million Learjet (a brand of private jet plane) and throw a can of paint into the air, which further, with the force of the wind from the engine gets splattered onto the huge canvas. As described by the Princess, the wind is more powerful than a hurricane and the temperature over 500 degrees! By this act, she intends this to be known as an out-of-the-box fiat.


In conjunction to this discovery and the successful attempt of the Jet Art, Princess Tarinan even used the painting technique to decorate fabric that she used in sportswear, swimwear, luggage and jeans, those of which she paraded at the New York Fashion Week in February. She is also, in collaboration with Learjet revolutionizing their 50th Anniversary at West Palm Beach, Florida by creating 101 paintings in two days using the $11 million jet’s engine.

READ:  Check out this Nike designed jet for sports teams which has its own luxury lounge and training room 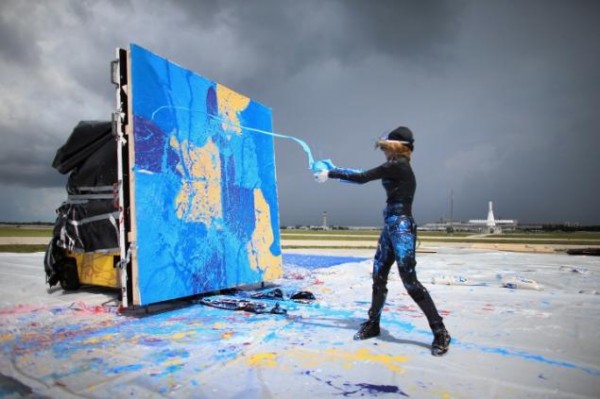 The Princess seems too excited with her new found hobby, and claims that “she will paint till she faints!” We wish you all the luck with that. Nonetheless, we do think the Jet Art is a great way of artistic expression! 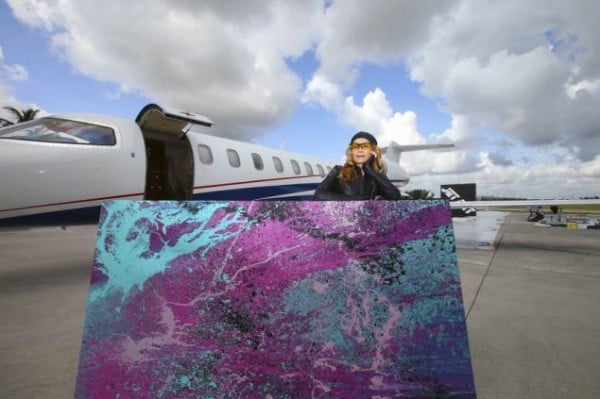 She also intends to paint a jet via this same technique, now that would be novel, a jet painted by using the power of another jet engine!

READ:  The world's most expensive hot dog by Brockton Rox