What would you do if you owned your own island? Would you go large scale and imprint your name for the world to see, or would a simple nameplate or sign suffice? Well, Abu Dhabi billionaire Sheikh Hamad Bin Hamdan Al Nahyan decided to go large scale. He had his name imprinted in the sand on his island Al Futaisi. While regular folks would be satisfied with scribbling their names in the sand, Sheikh Hamad made sure his name would get noticed. Workers have dug out the name “HAMAD” in the sand. It measures two miles across, and each alphabet is a kilometer high. The alphabet “H” and “A” and part of “M” have been turned into waterways. The inscribed name is so huge; it is visible from space. 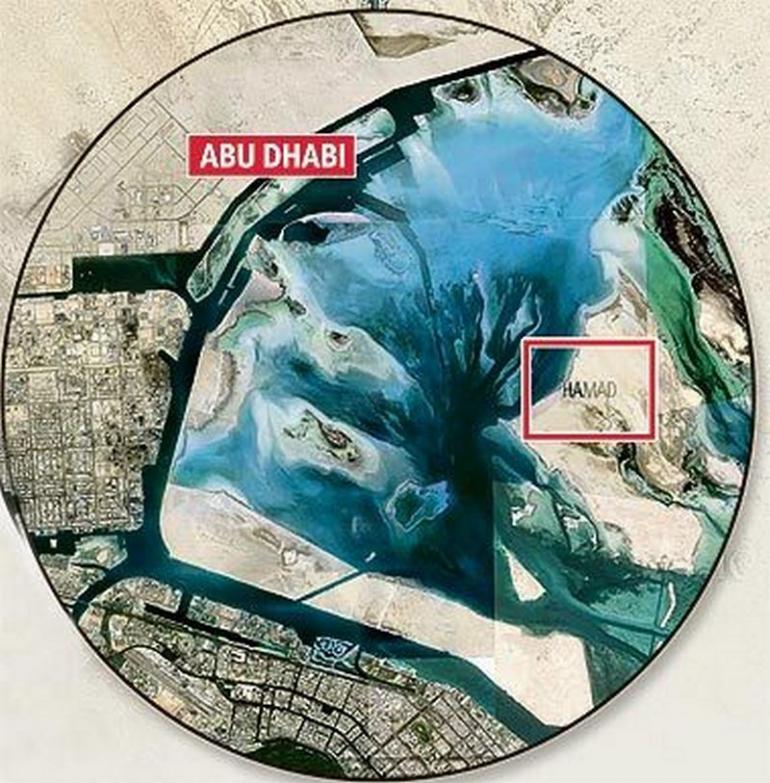 The 63 year-old Sheikh, who is worth $23 billion, is known for extremes and expensive ideas. He also boasts of owning more than 200 cars housed in a custom-built pyramid.

Tags from the story
Abu-Dhabi, Billionaires