I am a girl who loves her beer. So when it comes to satiating my thirst for my favorite drink, I opt for only the best. When my search led me to the beer that is touted to be the most expensive and also the strongest (it contains 55% alcohol) in the world, I knew it couldn’t get better than this. But as usual, there is always a slip between the cup (in my case, it’s the mug of beer) and the lip, and I will probably have to wait quite for some time before I can save up the $755 price that it demands. The beer in question is dubbed the End of History and is another strong creation from BrewDog. Leading the recce in both the most expensive and strongest category when it comes to beers, the End of History is more than just a treat for your taste buds. Offering a unique treat for your eyes, the beer bottles come residing in stuffed animals (like animals that were once alive) dressed in eccentric outfits.

Just for the record, the animals were not killed for this creation but were used after they died of natural causes. The End of History beer is a limited edition restricted to 12 bottles, each of which comes residing in dead animal skins, including seven dead stoats (a kind of weasel), four squirrels, and one rabbit. Personally, I get the creeps just by looking at these poor dead creatures with beer bottles stuffed in their carcasses. The beer itself boasted of Belgian tastes with touches of nettles and juniper berries and had to be made using extreme freezing techniques.
A truly unique beer presented in the queerest way, it is truly one of a kind. 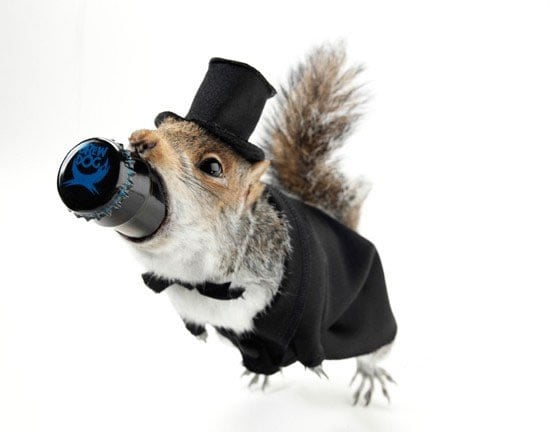 Tags from the story
Beer, Most-Expensive