In an effort to understand the impact of Britain’s exit from the European Union, Professor Qing Wang, has provided an apt analysis and insightful study on its plausible effect on the luxury goods market. Wang is a Professor at Warwick Business School and Co-Founder of Warwick Luxury & Innovation Hub at the University of Warwick in Coventry, England. 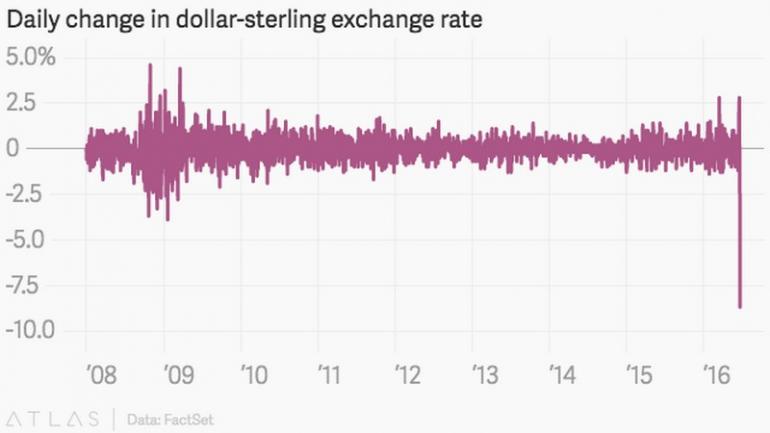 The aftermath of the EU referendum has had vastly damaging effects on the global economy with the European and British luxury brands being among the worst hit. Wang’s findings on “influence of cultural experiences on consumers’ authenticity evaluation of luxury brands, using British luxury brands as a case study, offers a deeper understanding of the situation Brexit has put Britain into. As per Wang’s study, the stock price of Burberry dropped over 3% and nearly 6% for Mulberry, while the largest luxury brand group LVMH dropped 6%, Dior fell 7%, L’Oreal 7% and Prada 4%.The reason for British luxury brands beings put in jeopardy are many. First and Foremost it is the currency depreciation of the sterling. As the Euro takes a hit, the value of many British Brands having a more European presence and core is also likely to suffer.

Secondly, the Brexit will cause major disruption in the movement of people between the EU and Britain. While many talented designers and creative craftsmen are based out of Europe, British luxury brands relying on them will face a tough time. Geographical barriers in sourcing creative talents can cause a major roadblock for Britain based luxury brands

Thirdly Wang further states that, “there is a deeper reason for the damage caused by Brexit that is the breakdown of the symbolic link with Europe for luxury brands. This is because authenticity is pivotal to the value of luxury brands and is closely associated with three key elements, namely (1) heritage and pedigree, (2) relationship to place and (3) method of production.” Since luxury has been synonyms with Europe since times immortal, British brands can no longer rely on their European connection and hence can lose out on their customer base. Loss of authenticity is not the only cause of concern as British Brands will have to incur additional sourcing costs too. Majority of the Britain based brands source raw material from various parts of Europe. With the Brexit in motion, Britain will have to incur additionally high costs in maintaining the authenticity of sourcing from Europe. To combat these costs however, it is a better approach to either shift operations to its home pad or to source few activities to countries like China or India. However as loss of authenticity is a looming issue as it is, sourcing to other countries would furthermore lead to compromising on cultural imaging of the brand in the minds of people. Hence, it’s best for the brands to cover marketing and sourcing activities internally within Britain, as opined by Wang.

Lastly, Brexit will also play negatively on Britain’s image as an open and welcoming country. As per Wang, “Many Chinese businesses and investors have considered Britain the gateway into Europe and a country with political stability and a well-established and transparent legal framework. This positive image of Britain’s ‘soft power’ has been extremely important for Britain trading with the emerging markets like China. This simply means that Britain will lose its tourist count which was a major source of revenue for most luxury brands, causing an overall depreciation for the economy. Trade between China and Britain is also bound to suffer considering the volatile conditions caused by Brexit. As a conclusion from Wang’s study, it can be inferred the British brands with a more European identity rather that a British or international identity are likely to suffer more.

Five Tips For Staying Safe on Your Luxury Nautical Vacation