Just as Comic-Con gets underway in San Diego, patrons at the Hard Rock Hotel were greeted with an interesting piece of sci-fi art. A futuristic vehicle based on a Bugatti car to promote Neill Blomkamp’s Elysium that stars Matt Damon was installed outside the hotel. The movie will hit theaters on March 1st, 2013, and this installation is believed to be a part of the movie’s original set. Check out more pictures after the jump.

For the movie junkies, here is the official synopsis of the movie:
“In the year 2159, two classes of people exist the very wealthy who live on a pristine man-made space station called Elysium, and the rest, who live on an overpopulated, ruined Earth. Secretary Rhodes (Jodie Foster), a hard-line government ofﬁcial, will stop at nothing to enforce anti-immigration laws and preserve the luxurious lifestyle of Elysium citizens. That doesn’t stop the people of Earth from trying to get in by any means they can. When unlucky Max (Matt Damon) is backed into a corner, he agrees to take on a daunting mission that, if successful, will not only save his life but could bring equality to these polarized worlds.” 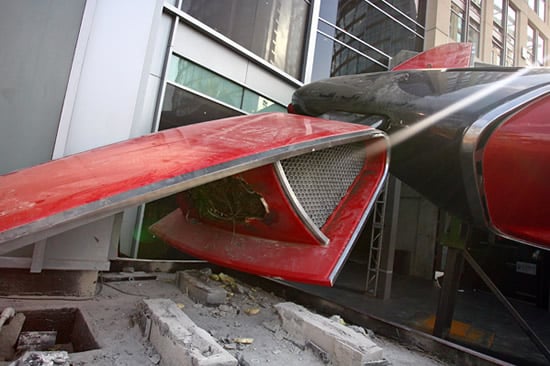 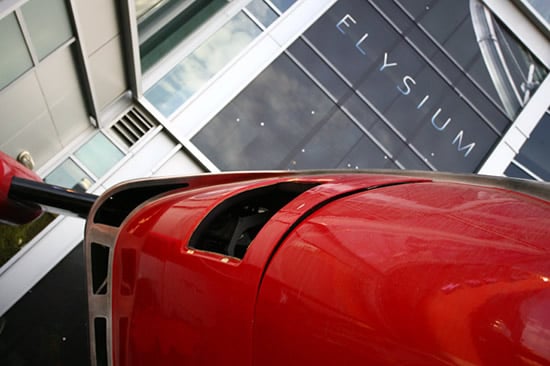 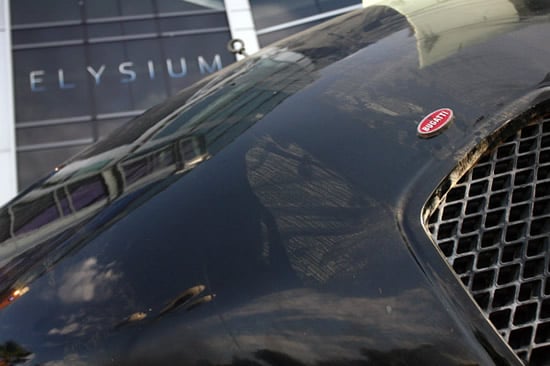 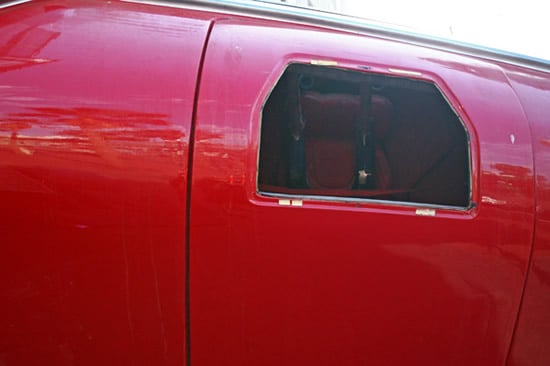 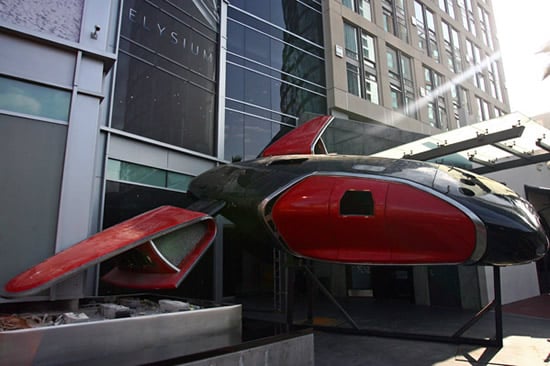 Tags from the story
Bugatti, Hollywood