It seems like the Royal Canadian Mint can stay put for a very long time. After the world’s largest coin, which was later auctioned off, and the Queen’s celebratory coin, they are out with collectibles of a new kind. This time it’s a quarter that glows in the dark. It’s also probably the world’s first coin with two images on one face. It also shows Queen Elizabeth (who doesn’t glow) along with an artistic rendering of Pachyrhinosaurus lakustai, a 26-foot dinosaur that was first discovered in Alberta in 1972 (which glows). First, in a four-coin series, the creature is laced with photo-luminescent substance, while the coin itself is created with cupronickel with a face value of 25 cents. However, it is larger than a standard Canuck quarter. 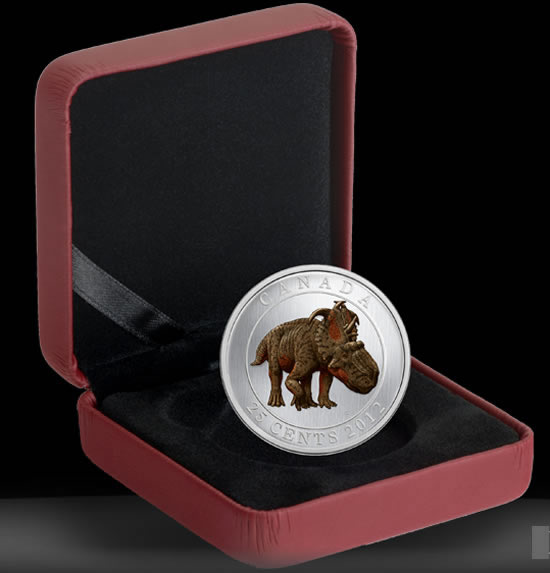 It can glow after being exposed to sunlight, fluorescent or incandescent light for 30-60 seconds with the assurance that the luminosity doesn’t fade with time. The collector’s item is limited to 25,000 coins, and is being retailed at Canadian $29.95 ($30). It is expected to launch on April 16th. 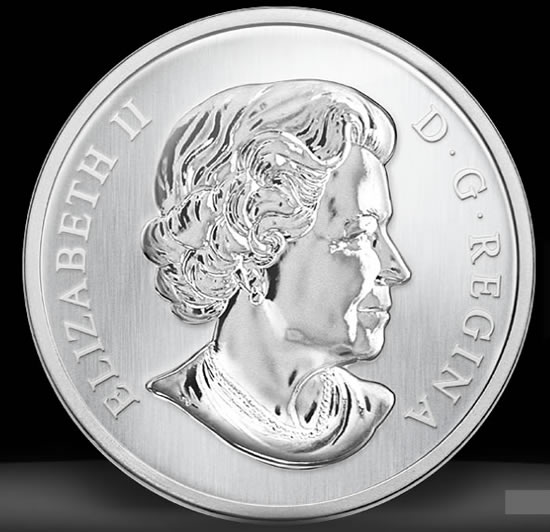 Tags from the story
Canada, Coins