Palme d’Or (golden palm), the highest prize awarded to the winning film at the Cannes Film Festival has found a newfound glow by appearing for the very first time in ‘Fairmined’ certified gold for this year’s 67th edition of the festival. Chopard who has been creating the iconic trophy since 1998 for the Cannes Film Festival has created the first ever Palme d’Or with Fairmined gold as part of its commitment to sustainable luxury.

The Swiss based jeweler has led the way for the entire watch and jewelry industry by adopting the ethical gold to demonstrate social responsibility. With the first sustainable Palme d’Or, Chopard and the Cannes Film Festival are writing a new page in their shared history. “I am proud and happy that the Palme d’Or which I redesigned 16 years ago should be made of traceable gold mined in a manner respectful of human beings and the environment” Caroline Scheufele, co-president of Chopard said in a statement. 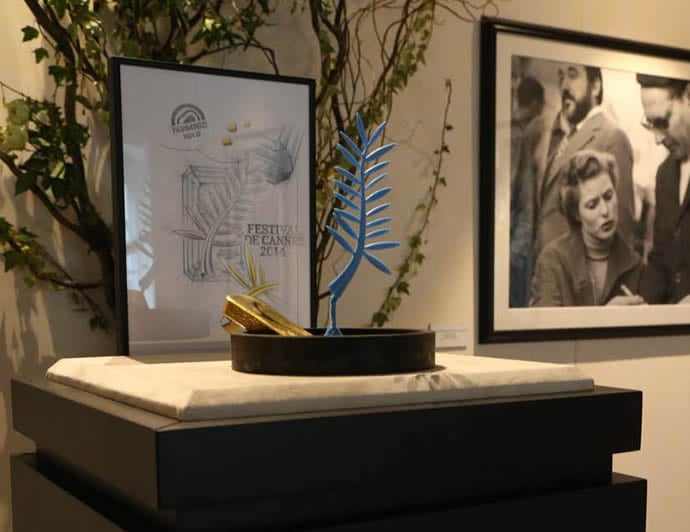 “The Festival de Cannes has always represented the highest standards in cinematic excellence. We are therefore delighted that Chopard, who has been one of the principal sponsor of the Festival for the last 17 years, are to craft the 2014 Palme d’Or – the most prestigious award in the international film industry – from ‘Fairmined’ gold. This gold represents the highest standards of gold available today in the world, and adds a wonderful lustre to the Palme d’Or and the Festival de Cannes” Thierry Frémaux, Délégué Général of the Cannes Film Festival was quoted as saying.

READ:  Big Ferris Wheels are back in action all over the world

Fairmined gold is ethical gold extracted by Artisanal and Small-scale miners certified under the Fairmined standard for social development, environmental protection, labor conditions and economic development in their mining communities.

A kitchenette, a queen bed and an office space – This 30 feet Airstream luxury office trailer is what WFH dream are made of

Amazon unveils an NBBJ-designed ‘Helix’ structure as part of its Arlington, Virginia headquarters

This $265,000 limited edition luxury camping trailer is specially made for dogs