I never imagined that competition could grow so stiff that people have to march out to the moon to create a niche for themselves! An American company based in Utah accepts minimum bids of $46,500 to carve logos, domain names, and even memorials on the moon’s surface. The company uses an advanced technology wherein a fleet of robots will create ridges in the lunar dust over areas millions of square miles in sizes. Inventor David Kent Jones claims that people can see the logos in the sky for several days in a month, and the images are likely to last for thousands of years due to the absence of atmosphere on the moon. Companies keen on advertising their logo worldwide can bid for licensing rights for the technology across 44 lunar regions on the visible side of the moon. The project was launched on the 40th anniversary of the Apollo 11 Moon landing.

Apparently, the shadow shaping robots are still in the design phase as the inventors are attempting to create a robot that can deal with the extreme temperatures, abrasive rocky surface, and navigational problems on the moon. Legal experts or common man, all of us believe that no one has any claim on the moon. I simply hope that some discrepancy in the project leads to the failure of this horrendous enterprise. 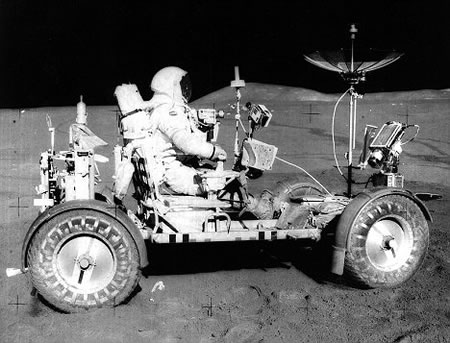