At least one husband somewhere may or may not be in deep, deep trouble. No, we are not talking about the affair kind of trouble. It’s more of information withholding from your wife kind of trouble. An anonymous buyer recently bought the conical shaped nose of the British Airways Concorde plane for ₤100,000 ($162,200). Guess what? He failed to mention it to his wife. The very sleek and most recognized nose cone was offered for sale by the British Airways Museum to raise funds.

Paul Jarvis, the museum’s curator, had originally sold it on the popular TV show Four Rooms to Andrew Lamberty for ₤55,000 ($89,200). After the show had aired, Lamberty received a call from a prospective buyer, and after some bargaining, he re-sold it to the buyer, almost doubling his profit. While Mr. Lamberty is a happy man, the same cannot be said for the businessman who made this purchase. We hope for his sake he comes out and makes a confession of this purchase to his wife soon. 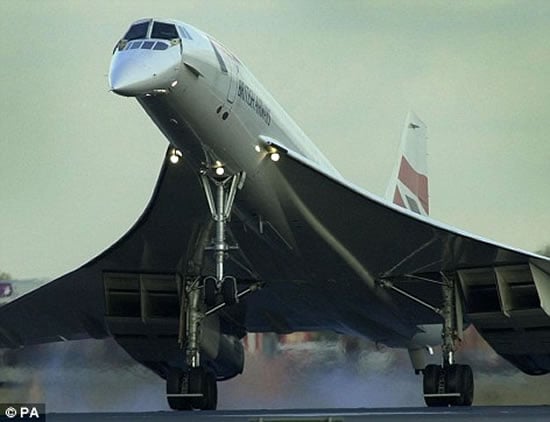 READ:  Hand-painted Easter egg at Zagreb's main square is a sight to behold