Shoppers and workers at a Tesco store in Andover, Hants were in for a surprise when a drunken man threatened to drive through the shop if he wasn’t served and actually did just that! The 50 year old drunkard on being refused his order of spirits ploughed through the front window in his Rolls Royce, careered into the store and demolished two checkouts. The man who is believed to own a Chauffeur firm was arrested sitting in the wreckage. Casualties included six women who were taken to a nearby hospital.

I have heard of extreme behavior under the influence of alcohol but this man has definitely taken the definition of extreme to another level. 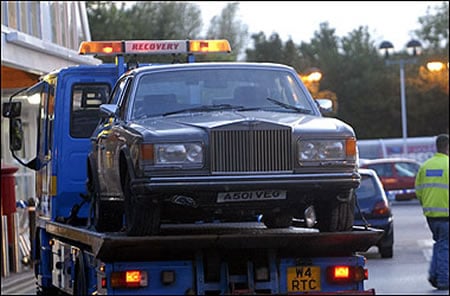