Carlo Ratti has collaborated with Dubai’s Museum of the Future to create a reflecting canopy that uses solar energy to cool outdoor areas. Called Sun and Shade, the digitally controlled canopy currently exists as a prototype which will be introduced at the 2017 World Government Summit, as part of the ‘Reimagining Climate Change’ exhibit at the Museum of the Future. 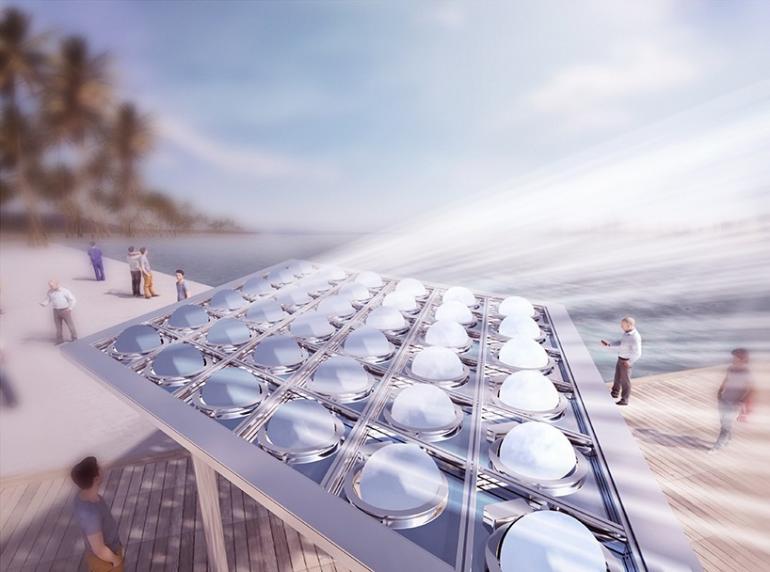 Circular mirrors on the surface of the canopy, tilt to different angles to they can follow the sun and reflect its rays away from the ground. This not only allows for the area underneath the canopy to be cool and shaded but also directs the sunlight towards a photovoltaic receiver which generates electricity. 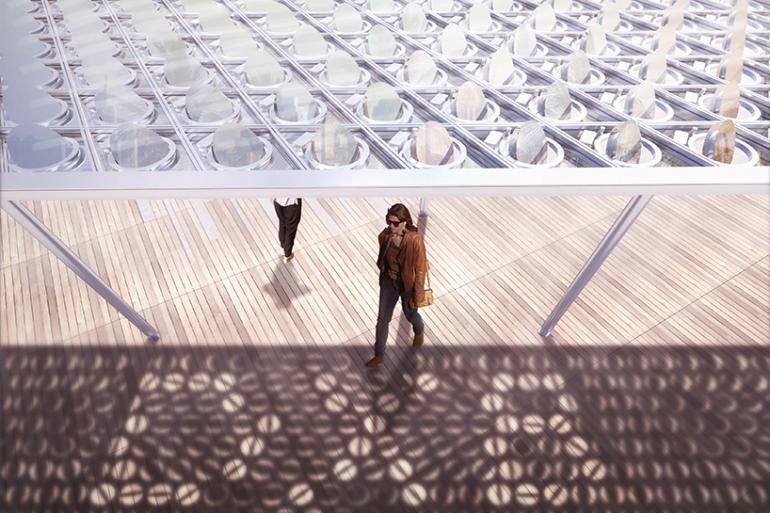 The canopy would be put to great use in hot climates where they can not only provide shade in public spaces but also generate green energy. 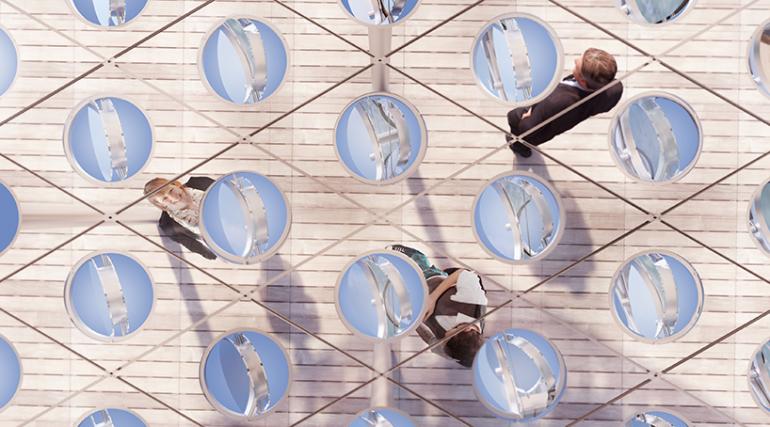 “In developing Sun & Shade we were inspired by the Middle Eastern tradition of shadowing in architecture and public space”, said Carlo Ratti. 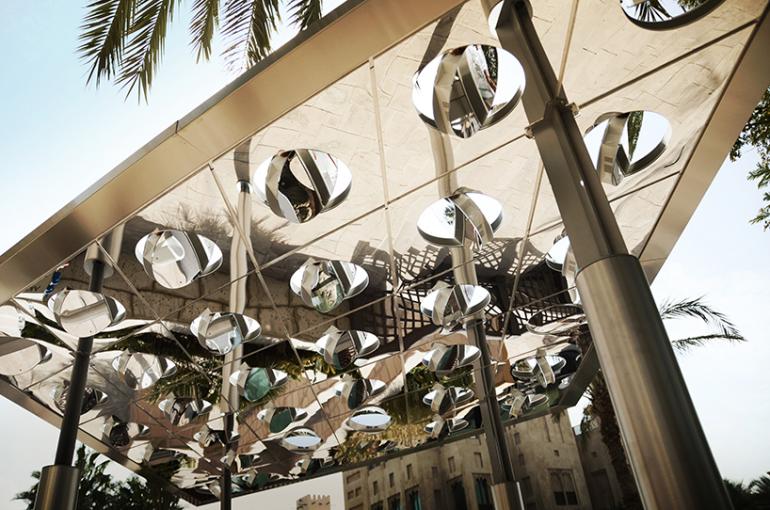 “Sun & Shade aims to bring this concept to the next level, allowing shadowing to be digitally controlled. While reflected sun is concentrated far away, producing heat at a safe distance from people, the space underneath the canopy cools down.”

A prototype of the product will be revealed at the 2017 World Government Summit in Dubai.