Real cameras are expensive enough these days, but it looks like fake ones are getting pricey too! This stainless steel replica of a Leica has appeared on eBay for a whopping $99,995. It is actually a smaller version of the “Fake Leica” sculpture by Liao Yibai. The original sculpture weighed 350 kg while this mini version weighs 40 kg. This mini steel Leica was supposedly one of 10 versions of the sculpture created by the Chinese artist and has been listed under the innocuous name “Fake Leica” by Dutch store Leica Store Lisse. 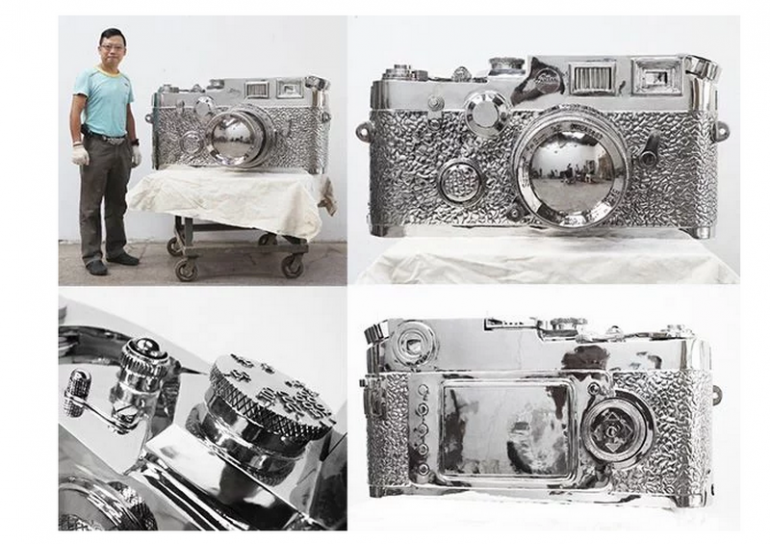 The sculpture is sold with a crate specially designed for shipping and the sellers cleverly mention another Fake Leica which fetched a hefty 96000 Euros at Auction in Vienna in 2013. The original large sculpture was supposedly full of tiny and noteworthy details from the accurately designed parts of the camera like the lens, shutter etc. to the textured leather of the body. 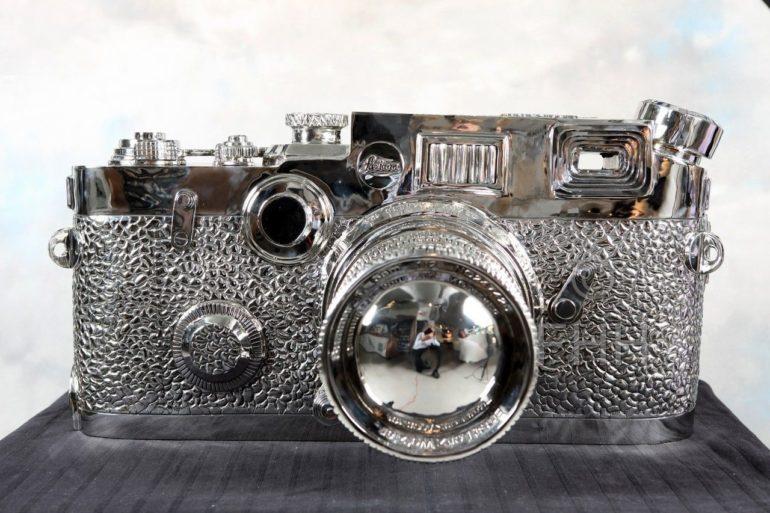 It’s true that oddball art items can surface in the strangest of places, so we do not necessarily doubt the authenticity or rarity of the Fake Leica listed on eBay. Savvy collectors will do well to remember that the world’s most expensive painting was at one point painted over and auctioned off for £45 before being rescued from an American estate at a small regional auction house. 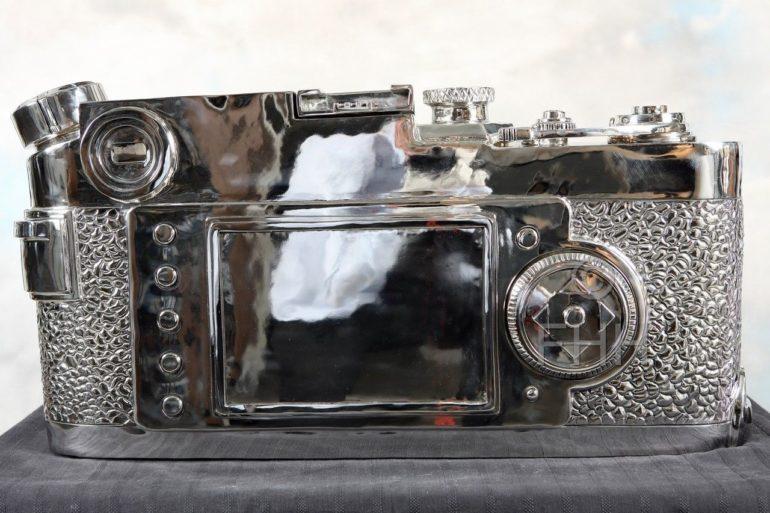 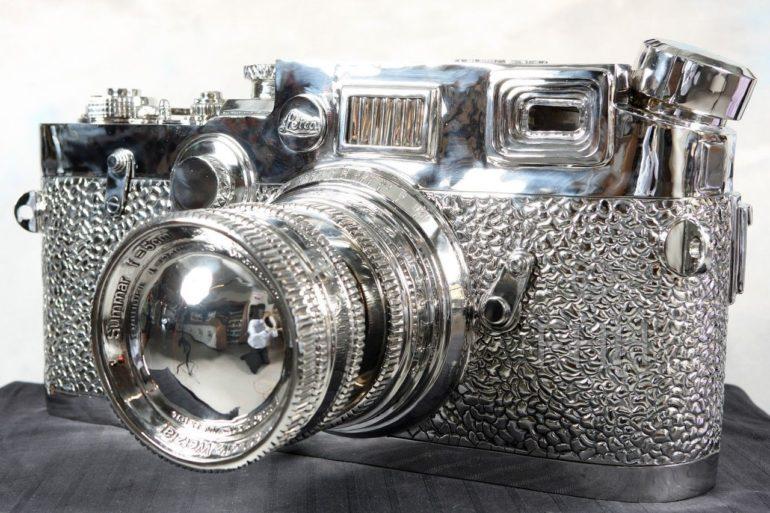 Tags from the story
Leica, Sculpture