You can be a successful CEO, a great Nobel Prize winner, the Helen of Troy, a Saudi Royal, Napoleon or Sarkozy. The French don’t care. The French values nothing more, and respects no more than themselves. That explains their confidence and arrogance in handling matters – be it art, or governance. When such a race is snubbed the wrong way, the outcome is not pretty.

The Saudi Royals are believed to be a very powerful lot and they run an almost czarist rule in their kingdom. Not just their own people, but even those in the neighbourhood fear them and their extremist beliefs of rule and reign. They are authoritative people and all their wishes and whims are satisfied in the snap of a finger. But not with the French, so it seems. 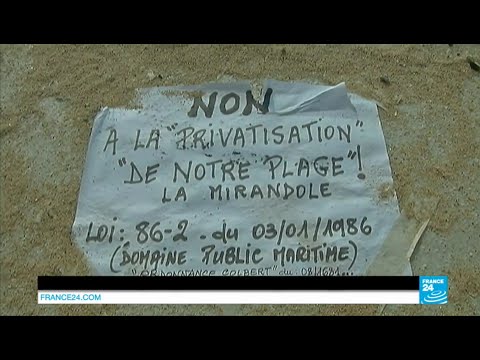 The royals, in their unassuming act of power, decided to take some security measures in their own hands on French soil and that has broken a few gates of hell. A cold war has broken between the locals of the Golfe Juan, where the family owns a villa, and King Salman. Apparently, he has blocked the passageway to a public beach that runs along the private villa causing fury amongst the local French bathers. They are livid, and have threatened to sue the king. As per French law, the beach is open to bathers including a reserved area for nudists. As per the Saudi rules, usually, such behavior is plain haram or ‘can act of forbiddance’. The catch is this – they didn’t take the permission from the local authorities to make any such move but took matters into their own hands, like they are infamously known to do. Usually people submit to their fears of the Saudi tyrannical reputation but the French won’t be intimidated. We have all heard and felt pain over Charlie Hebdo’s murder in Paris – and that is the true spirit of the French. Let’s see what happens now.