Let’s keep this simple. These guys decided to come out with a uniquely styled robot and decided that it should be different from the rest. So they made the Gakutensoku robot who happens to be an 80-year-old humanoid. Here’s a little trivia about the Gakutensoku from PinkTentacle, “Built-in 1928 by biologist Makoto Nishimura, Gakutensoku was first exhibited in Kyoto as part of the formal celebration of the Showa Emperor’s ascension to the throne. The robot traveled to a number of expos and wowed onlookers with its mad calligraphy skills before going missing in Germany. After a long disappearance, Gakutensoku was located and later repatriated to Osaka”. The robot 3.2 meters tall and is capable of tilting its head, moving its eyes, smile, and puffing up its cheeks and chest as instructed. 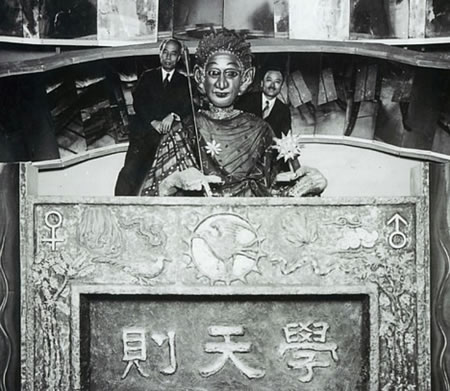