After offering his bedroom for rent on AirBnB, he is now willing to part with his left year, so that you may give it to someone you love. Nothing gory about it, we are talking about a soft toy. A writer from Reddit stumbled across this Van Gogh who came with a disgruntled look, and a note attached to its ears saying it is detachable. The sorry look on the plushie’s face could mean two things: either he is not too amused with the idea of his ear being ripped off, or else it is a reminder of the time in history when he is believed to have chopped off his own ear on the spur of a crazy moment. Some historians believe that his friend chopped off his ears using a sword. In either case the story was hushed up by the duo to avoid prosecution. How it resurfaced, is unknown. But if it hadn’t then you wouldn’t have had a lovely story to a soft toy’s fateful ear. You can buy this from Amazon for $30. 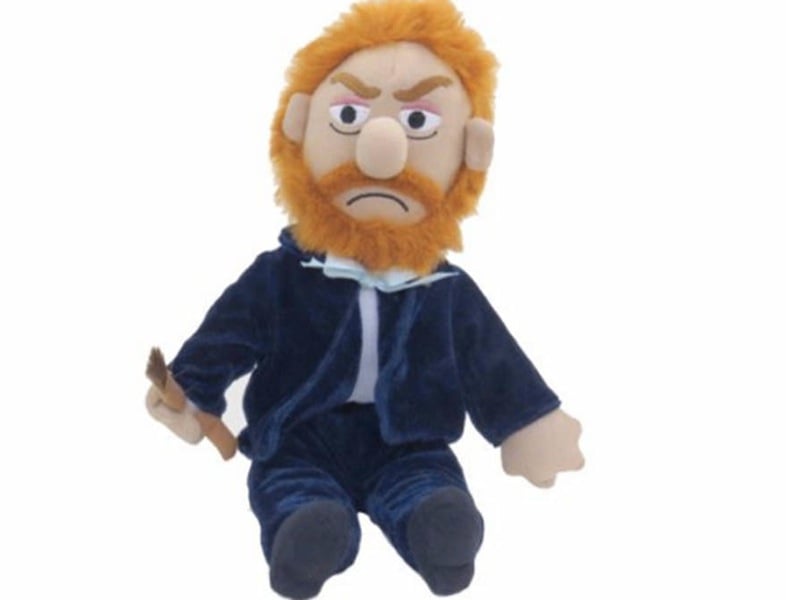 Tags from the story
Toys, Van-Gogh