Some proposals are romantic, others are dramatic; the one we’re discussing today was borderline illegal. It all started with Redditor krysxvi (Chris) who decided to pop the question to his girlfriend Marybeth in an elaborate way that celebrated her favorite artist. He had Marybeth’s mum buy her a red polka dress before their trip to the Metropolitan Museum of Art and insisted she wear it on the day they visited the famous building. 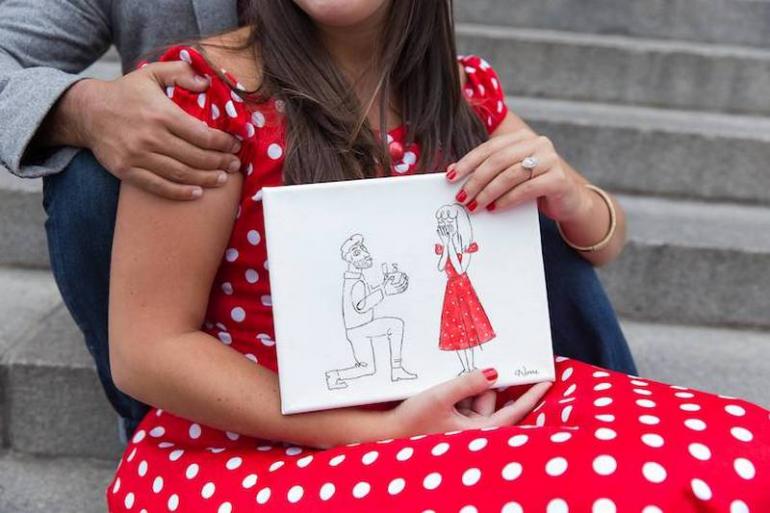 At the Museum, the couple wandered into a room full of paintings by Marybeth’s favorite artist- Picasso only to find a drawing that didn’t seem to fit in at all. It was a picture of a girl in a red polka dot dress covering her face in surprise as a man knelt in front of her holding a ring. Marybeth instantly figured out what was about to happen and said yes to Chris through tears.

“My brother and sister in law were able to then hang the painting,” Chris explained on Reddit. “After I was given the signal I brought my girlfriend to the painting where she began immediately began crying when she realized that the painting was of what was about to take place.” Marybeth’s cousin Kelly Joyce who had also been enlisted for the elaborate proposal, was on the scene capturing everything on camera. 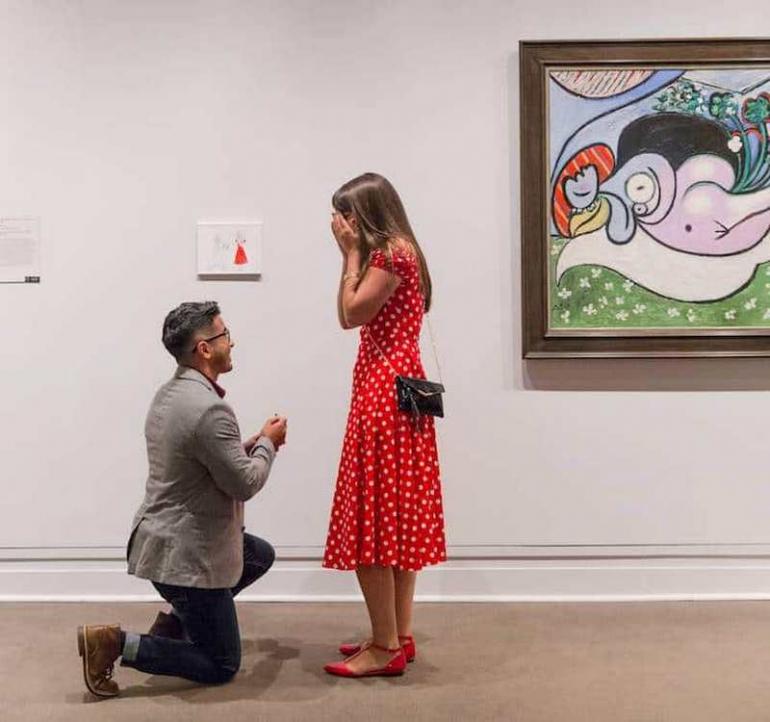 The Museum didn’t look too kindly upon the couple though, they were asked to take down the drawing and leave. Luckily they managed to take a few photos before they left.

At least this over the top gesture ended happily unlike another that took place not too long ago.