NASA held its second Astronaut Glove Challenge (which is a part of NASA’s Centennial Challenges), recently in which designers competed to outdo NASA’s current top glove design. Glove designers walked away with a total of $400,000 in prize money because the private glove designs beat the in-house version. NASA is also contemplating incorporating the designs into the Constellation spacesuit for the next-gen astronauts returning to the moon. The first prize of $250,000 went to Peter Homer of Maine, while the second prize of $100,000 went to Ted Southern of New York City. The gloves had to undergo various tests before they were selected to be worthy winners. The judges scored the results during the live tests at the Astronaut Hall of Fame in Titusville, Florida. The winners had to use their gloves within a sealed testing environment and perform half an hour of exercises such as pinching, gripping, and other finger-flexing tests. Each glove also passed a burst test inside the water-filled box in which Homer glove reached 20psi while Sothern’s glove resisted 17psi.

The two winners must definitely be feeling on top of the world knowing their designs out did the in house ones! You may also like to check out the NASA Omni Hand Prototype with NASA glove for sale on eBay that we covered recently. 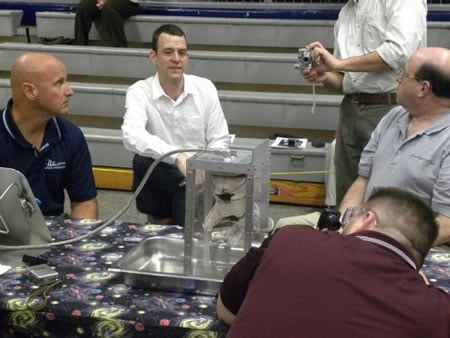