If automobiles hold your passion the most so much that it rules the décor of your home, then watch out for the Essence sculpture based on the Infiniti Essence concept car, which first surfaced at last years Geneva motor show to commemorate Infiniti’s 20th anniversary celebrations. Set to be debuted at the LA Auto Show, the Japan based concept sculpture will be released in limited editions of 300 pieces.

Priced at $300 a piece, the sculpture will come in a hand-made Louis Vuitton case which is also attributed to craft custom-fitted luggage for the concept car. 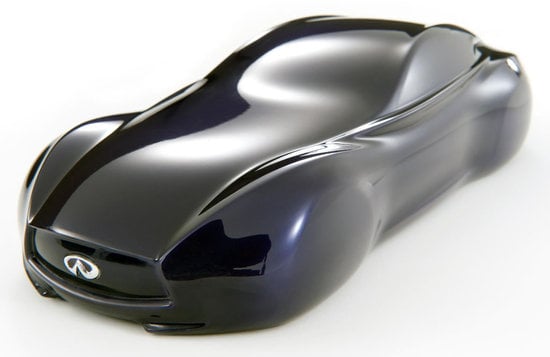