While Qatar has been dogged with criticism for a variety of reasons: allegations of bribery and the sweltering summer heat that can reach 120 degrees Fahrenheit, the Middle Eastern country seems to remain unfazed. The host country of the next FIFA World Cup in 2022 has already commenced building the most expensive sports facility ever, in addition to lobbying out hotels and resorts. While building hotels and resorts is one thing, creating an entire city from scratch on the dessert coast is another. The world’s richest country has revealed its plans to build a 72-square-kilometre city called Lusail, on a coastal desert along the Persian Gulf at an estimated cost of $45 billion. 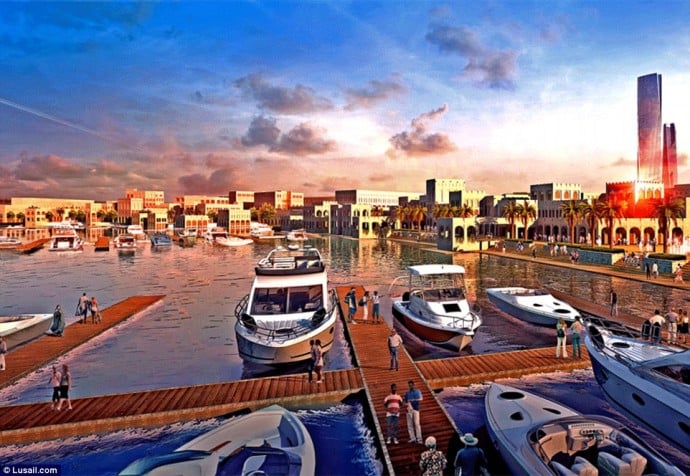 The ambitious planned city will contain a commercial district, a lagoon, four manmade islands, two marinas, a hospital, a zoo and two golf courses. It will also have 22 hotels with international standards. 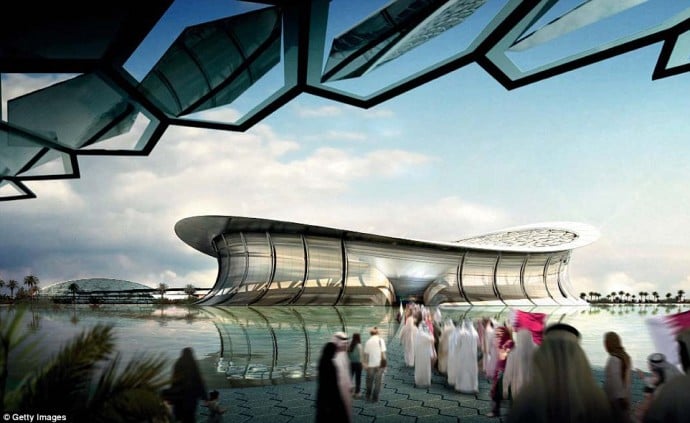 The city will also include Marina Mall, which will be a super retail centre linked by five interconnected pods. The structure of the mall will be based on desert canyons with roofs designed to repel heat, a body of running water and waterfalls. 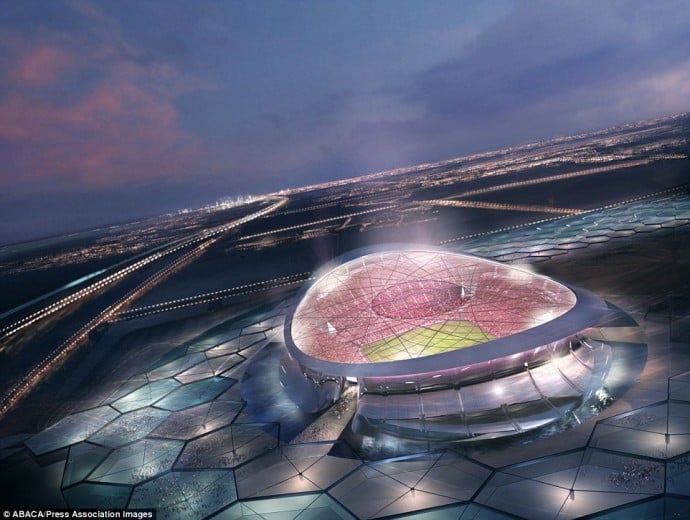 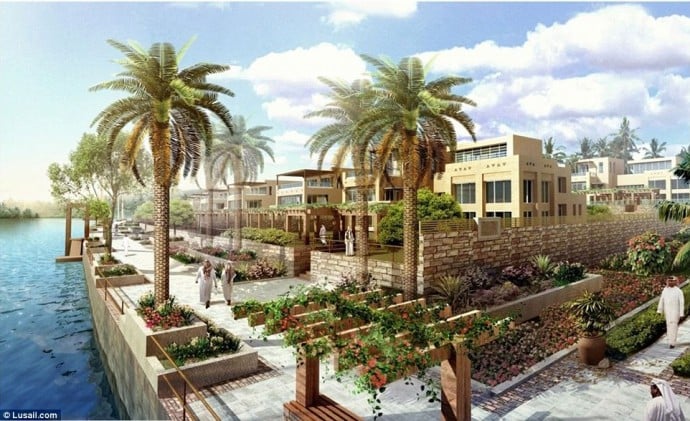 Residents and visitors will be able to get around the city via a light-rail network, an underground network tunnels for pedestrians. Water taxis will also be used to travel through the waterfront. 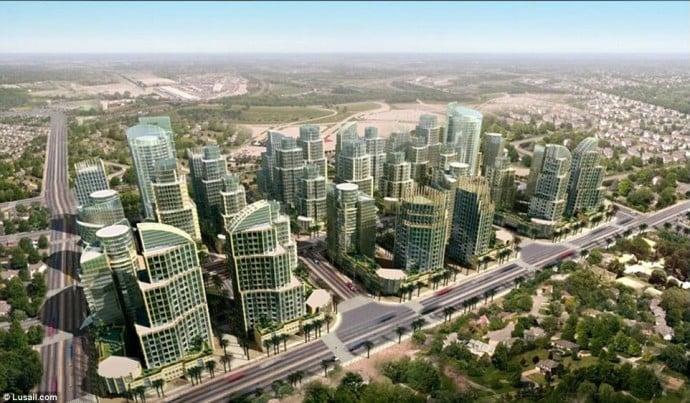 The green city will have underground tunnels to carry chilled water pipes to provide cooling to the buildings in an energy efficient manner. Sewerage will be transported through underground pipes to the treatment station outside the city, where it will be treated and later used for watering the green open spaces in the city. 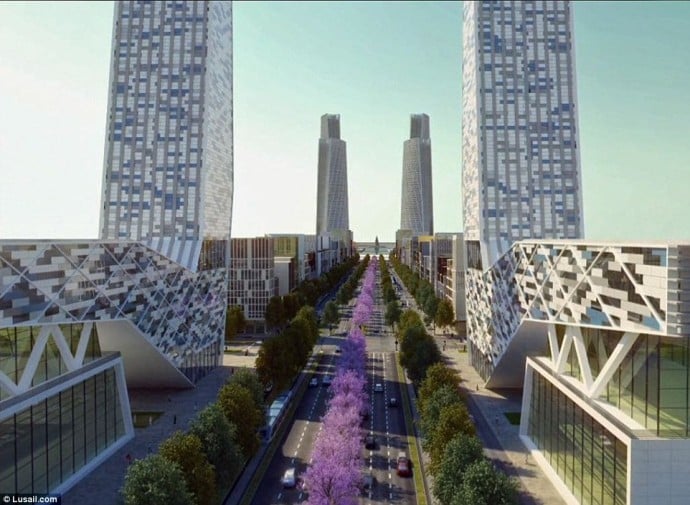 It also will feature an 86,000-seat soccer stadium, that’s expected to host the final game of the 2022 FIFA World Cup. The stadium will be complete with a solar-powered cooling system to provide respite from summer heat.

The smart city will be able to automatically adapt to changing traffic and weather conditions as all the energy, communications and transportation systems will be run from a universal command center. A centralized command and control centre will provide surveillance through the city round the clock for security reasons.

The city is expected to be complete by 2019.