Wynn Las Vegas has welcomed installation of Popeye statuette by acclaimed American artist Jeff Koons at its esplanade. Weighing more than 2,000 pounds the stainless steel sculpture was recently acquired by the Billionaire casino owner Steve Wynn for $28.2 million from Sotheby’s auction. The 6 feet 5 inches sculpture depicts the spinach-eating sailorman in a vivid spectrum of color. 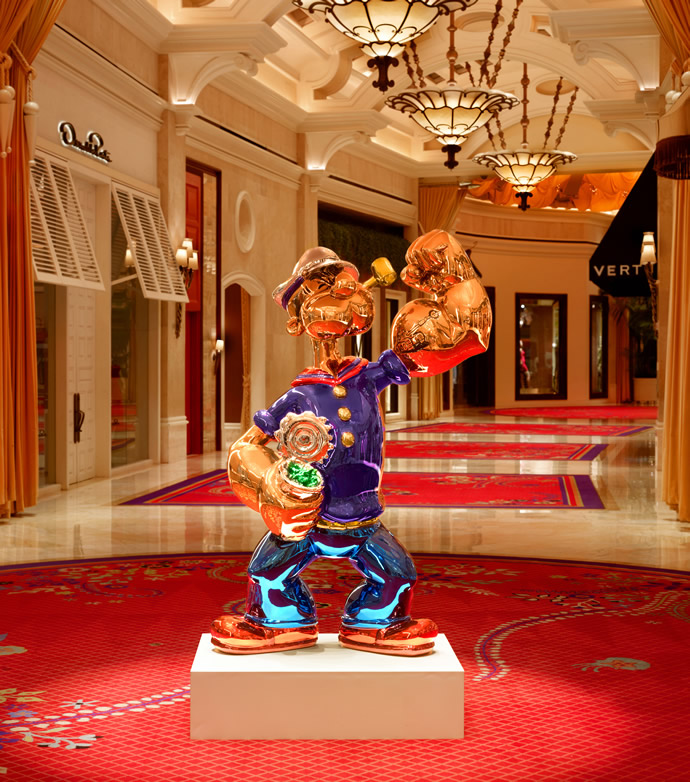 “I became drawn to the Popeye image in a very intuitive way,” Koons said. “I wanted to have a dialogue with art history and with Pop Art, and also a dialogue with technology and to deal with the aspect of acceptance.”

Tags from the story
Jeff-Koons, Statue