Breakfast gets an adventurous twist with these flashy new cereal boxes. Universal Studios has partnered with Kellogg Co. to launch new limited edition boxes of Kellogg’s  Frosted  Flakes cereal and Keebler  Fudge Stripes cookies. The boxes feature promotional images from the movie Jurassic World: Fallen Kingdom, but more importantly they come with a screen that actually gives fans access to a five-minute compilation of behind-the-scenes footage  from the making of the movie. 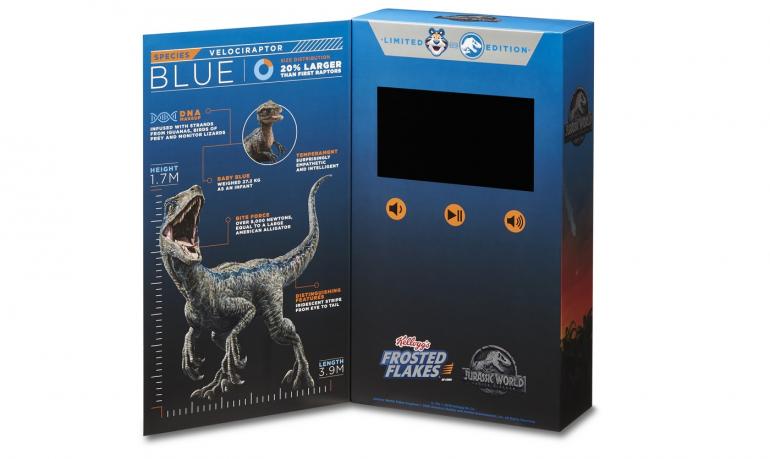 Only 200 boxes have been produced and they are available for purchase on Amazon for $24.99 each. So what kind of exclusive content can buyers expect? The video features the filmmakers developing the world of Jurassic Park and even using a roller coaster to capture the actors’ reactions when they’re in the Jurassic World gyrosphere. The clip will available to watch on a 7-inch screen with 1024-by-600 resolution.

The boxes will also unlock more exclusive content for die-hard fans. A Shazam code on the box will provide access to interactive games and other content tied to “Jurassic World: Fallen Kingdom.”