Legos may have once been only for kinds, but adults are sure to sit up and take notice of the brand’s new Millennium Falcon set. This 7,541-piece set will exceed 2007’s Ultimate Collector’s Millennium Falcon by more than 2000 pieces! The new set also sets a record for the most pieces any Lego set which was previously held by a LEGO Taj Mahal set, which had 5,922 pieces. 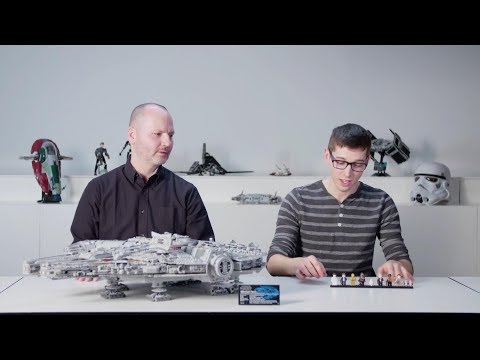 The new set is slated to be 33 inches long, 22 inches wide and 8 inches tall. Given the number of pieces, you can expect a staggering amount of detail which includes an interior with a living room setup with chairs and Dejarik game board. The set will include Han, Princess Leia, Chewbacca, C-3PO from The Empire Strikes Back as well as an old Han, Rey, Finn and BB-8 from Star Wars: The Force Awakens. You’ll also see a couple of Porgs which are set to debut in Star Wars: The Last Jedi tis December.

This big set also comes with a big price tag, $799.99 to be specific. Whether it is a worthwhile investment or not, it is sure to bring Star Wars fans many hours of joy.

Tags from the story
Lego, Star-Wars