Is walking to your car such an ordeal, you’d rather have it lifted to your apartment which by the way is on the sixth floor? This isn’t a bizarre, hypothetical question, nor is it a narrative of a scene from some futuristic sci-fi movie. The future is right here and the above-mentioned statement is very much possible. There are a few prerequisites though. Like you gotta own an apartment in the central Berlin district of Kreuzberg, the smallest costs $700,000. The penthouse costs a staggering $2.4 million. It does come at a very heavy cost but you can be sure that the love of your life is right inside your house. It’s never going to be vandalized and you would never have to enter that gloomy and phobia inducing car park again. Also, the apartments come with a special unit that will wash, moisturize, and even apply anti-aging cream to your pampered vehicles.

The design, by German architects Topos, uses a heavy-duty lift which can reach any one of six storeys in the new apartments that are being built in Berlin. The lifts can be programmed so that if you need to leave at 7am sharp the following morning, you can tell CarLift the night before and it will be ready and waiting for you. A funny situation would be when you have an as-important-as-life meeting and your car is stuck 5 storeys higher. Im sure the makers had thought of this earlier as they promise to get you a taxi or a hire car. Make sure you don’t play around with your car especially if you live in that penthouse! 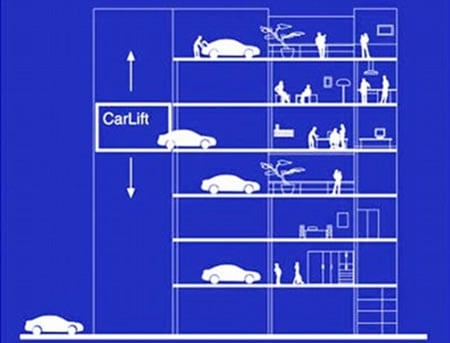 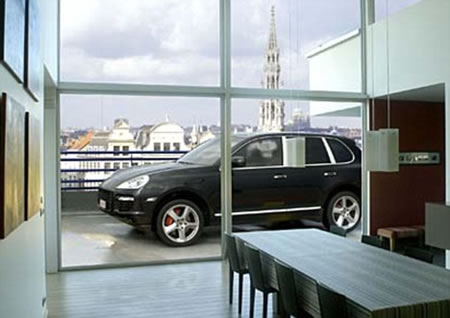