The Italian Policemen recently made the nation proud after they successfully retrieved a stolen copy of Leonardo da Vinci’s ‘Salvator Mundi’ in Naples. The iconic painting was earlier reported missing from the Museum of San Domenico Maggiore sometime after January 2020. 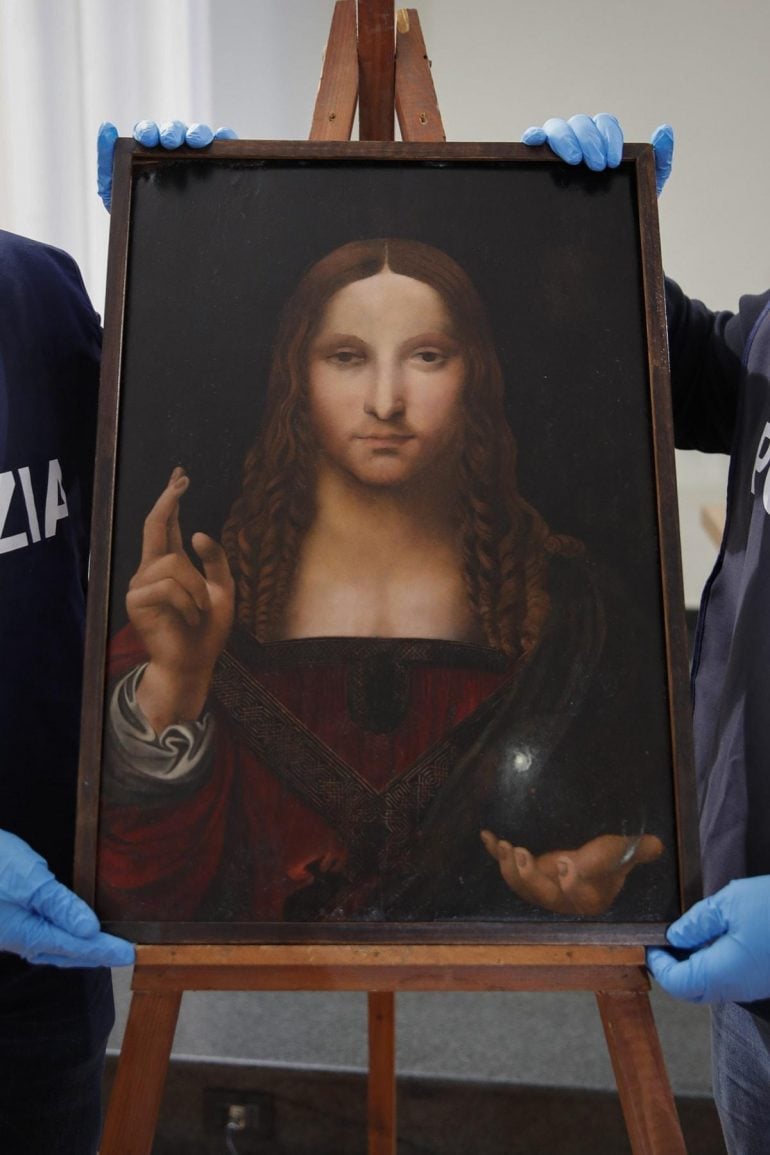 The artwork is painted by one of Vinci’s students and portrays the artist’s famed depiction of Christ with one hand raised in blessing and the other holding a crystal orb. It was recovered from an apartment during a search in the Italian city. The owner of the property was also nabbed and handed over in custody soon after. 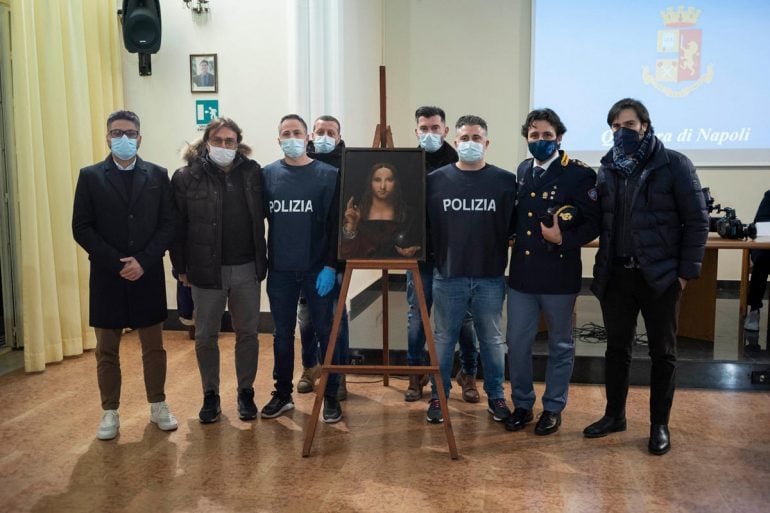 While the original painting (the world’s most expensive of its kind) was earlier sold for a whopping $450.3 million in 2017, the lost copy is said to be one of its many recreations. It has been created in Rome before being brought to Naples by Giovanni Antonio Muscettola. The painting was also loaned to the Villa Farnesina for its exhibition “Leonardo in Rome” in 2019.

Commenting on the recovery of the artwork, Naples prosecutor Giovanni Melillo said, “Whoever took the painting wanted it, and it is plausible that it was a commissioned theft by an organization working in the international art trade,” he further added, “ It (the painting) was found on Saturday thanks to a brilliant and diligent police operation.”

Lucky for the folks at the Naples Museum, the precious ‘Salvator Mundi’ copy is now back where it belongs!

Tags from the story
Italy, paintings