We had briefed you about the LV’s custom-made case for FIFa World Cup trophy. Now, Louis Vuitton has finally unveiled to the world the travel case that will hold the coveted FIFA World Cup trophy. The special order case, handmade by a single master craftsman in Louis Vuitton’s historic Asnières workshop near Paris, has been meticulously designed to house the 18carat gold trophy. The travel case boasts of Louis Vuitton’s iconic Monogram canvas, and is fitted with the company’s signature brass lock and corners, and has a dark brown lining that beautifully complements the Trophy’s rich gold.

READ:  One Billion Dollar – The most expensive piece of art ever made from real hard cash

The case opens easily at the front and at the top. Millions of eyes will be fastened on this case at the final on 11th July in Johannesburg, when the trophy will be presented. FIFA officials must definitely be pleased with their decision of appointing Louis Vuitton for creating the case. Never disappointing, with this exquisite one-off travel case for the trophy Louis Vuitton has once again shown why it is the most favored luxury brand.
Thierry Weil, FIFA Director of Marketing Division said, “The travel case is a fundamental element in the appearance of our most important asset. It not only underlines the exclusivity and personality of the FIFA World Cup Trophy but guarantees safety and protection on its travel around the world.”
An exceptional creation, it is the most befitting abode for the FIFA trophy. 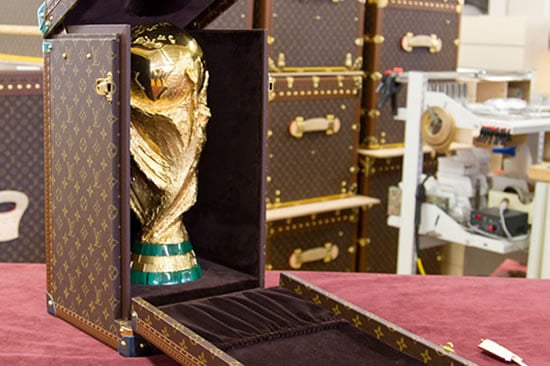 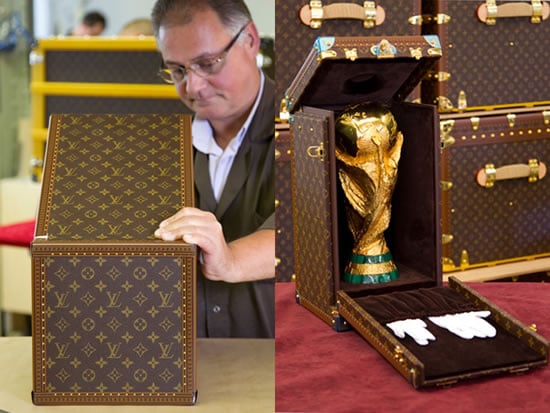 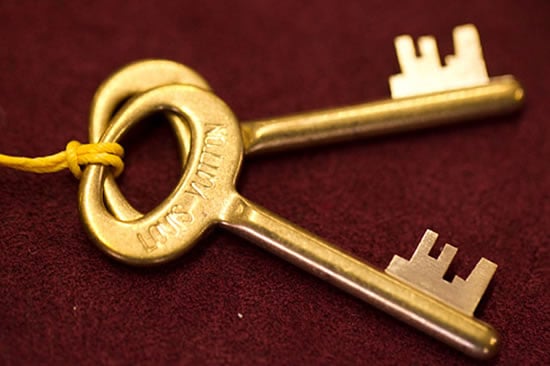