What most would dismiss as a joke is a profound statement made by the 51-year-old financial executive of Jupiter Fund Management, who announced he’s leaving the $68 billion asset manager to chill. Ask a newbie, ‘where do you see yourself in five years?’ and the predictability hardly shocks you. Ask Andrew Formica, the chief executive officer of Jupiter Fund Management, the same question: he will drop the bombshell by replying, ‘on a beach.’ According to a statement, Formica will also resign as a director of the London-based company.

He will be succeeded by Matthew Beesley, the company’s chief investment officer, who will take up the role of CEO with effect from that time. At 48, Formica held the reins of being the CEO and a director of Jupiter Fund Management Plc. According to Pelham, Formica was the youngest of six older executives at Jupiter Fund Management Plc, Bridget Macaskill being the company’s top boss at 71.
It must be quite a surprise to see someone nearly two decades younger walk away from an about $68 billion enterprise, hopping on a plane back to his native land of Australia, to do nothing. In his interview with Bloomberg, Formica said, “I just want to sit at the beach and do nothing. I’m not thinking about anything else.” In his defense, the man has spent nearly three decades away from home and wants to start living his life without dedicating it entirely to making money or even managing it. It is also said the CEO wanted to be closer to his elderly parents after spending more than half his life away from them. Boss Hunting shared that Formica would be stepping down on October 1st of 2022 – just in time for the Aussie summer season. 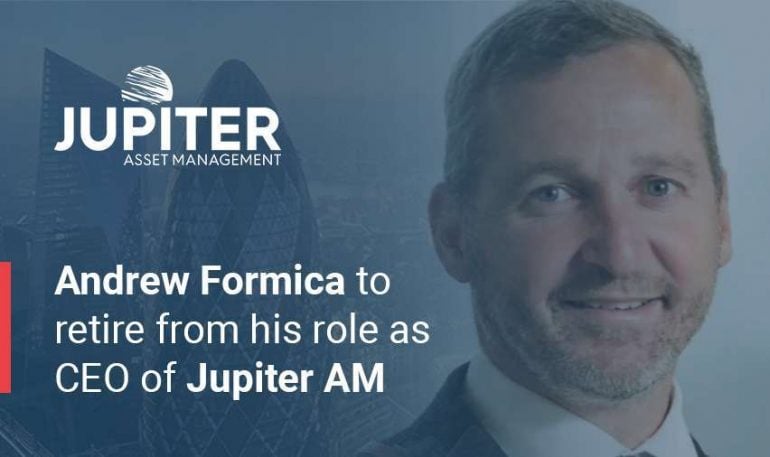 Jupiter Fund Management issued the following statement, ‘Andrew has always been clear with the Board that his longer-term plans would involve the relocation back to his native Australia with his family. With the initial phase of Jupiter’s business transformation completed, he feels now is the right time to hand over the leadership of the business to enable the next phase to have consistent and strong leadership throughout that period.’ Whether it is genuinely a move to take it easy in life and enjoy it to the fullest or simply jumping ship is something he knows best. However, it is worth noting that clients have been pulling cash from Jupiter for the past four years.

As per Financial Review, the firm has failed to stem the outflows this year. In the first three months of the year, investors yanked a further $1.9 billion, according to its latest earnings report. Formica will remain in the business until the end of June next year, with Mr. Matthew Beesley joining Jupiter in January. Andrew started his career in 1993 after completing a Masters’ degree in Economics from Macquarie University, followed by an MBA from London Business School in 2001.

On researching the cons of this demanding occupation, one can apprehend why Formica can’t wait to hit the beach in his homeland. The position is mentally draining, poses a risk of burnout, makes it challenging to maintain a work-life balance, and much more, as per Job Evaluator.