How many of you commute by the New York City Metro? Well, travel or not, how about treasuring a souvenir that relates to the extensive New York subway system? Here’s a collectible that you might want to treasure either out of pride or newfound respect – a Metrodeck that has been compiled literally of used and discarded metro cards. The owners to these would have been anyone – from a visitor to a city resident, cards that exhibit authenticity with markings and signatures. Each card is an exclusive piece, distinct from the other, with its own narrative potential.

Retailing at $550, the face cards have been inspired by landmarks across the five boroughs of New York City. To ensure durability, the found MTA MetroCards have been hand silk-screened by its designer at his Brooklyn studio. 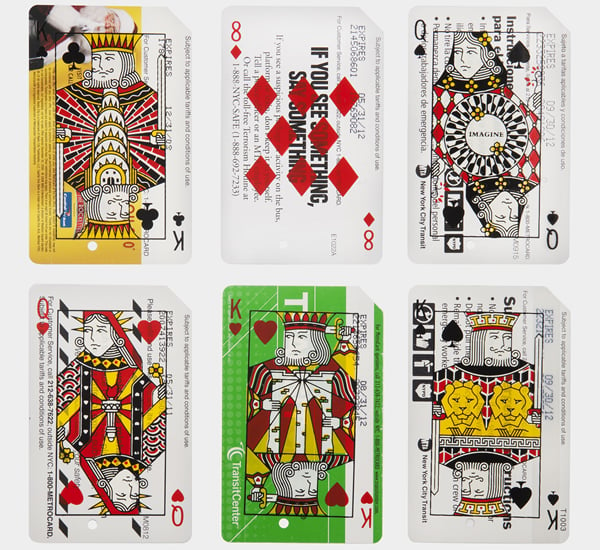 Each deck is a numbered limited edition. Unfortunately, due to the nature of the cards, these are not recommended for play.