Founded way back in 1949, Lego is today a name that has grown with over two generations. The idea of making toys that stimulate creativity in young ones has caught on since and affected the development approach in several other play tools that aren’t just play dough. While the little plastic pieces were a nice little way for children to pass time some years ago, the tides have surely changed now. The Lego series has now developed well enough to be one that offers specially designed kits are frequented not only by young guns but by grown-ups and geeks as well. You can make everything from your favorite fictional civilization to historical global monuments by putting piece and piece together. We’ve also have a Lego movie out and a chain of Legoland parks where all things Lego are celebrated.

In this mix, we thought we’d pick the most expensive, elaborate and prestigious Lego sets for you so that you can truly appreciate the level of thought and detail put into making this phenomena that has touch people from across the world and of all age groups.

7. Maersk Line Container Ship | $1,737
Now retired, the bricked adaptation of a Maersk Line Container Ship was quite the wish list material toy at the turn of the millennium. Available with over 1,500 Lego pieces that need to be fused together in a logical, right-brained approach to create the final ship, this model made it to the ‘expert’ range of sets from the company. It was a fitting tribute to one of the world’s largest ships. Users could avail of rotating gold-colored propellers, twin 8-cylinder engines and detachable lifeboats to make the experience of playing more realistic that it already is. 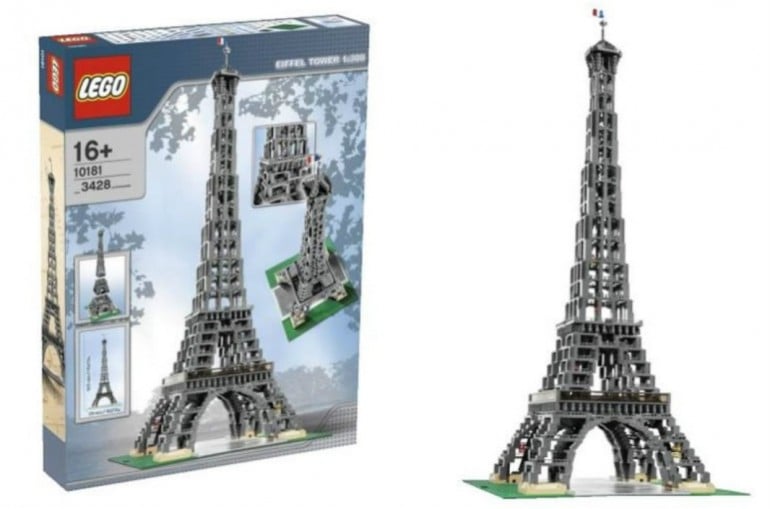 6. Eiffel Tower | $1,802
Available back in 2007, this model was touted to be the tallest Lego set in the world. It scaled up to 42 inches in height and gave builders the experience of piecing together a world monument with 3,428 pieces that need to be put together in a tedious effort. At the time of release, the set was priced at a cent under $200, but with passing time, the value has risen it to number six in our countdown.

5. Milk truck | $2,000
Lego is known to have produced sets that come co-branded to promote and market products or simply brand names. Back in 1989, the company released a set in Denmark to promote a Danish dairy company called MD Foods. The company is now known as Arla foods, but the truck still remains with the original name. The set consisted of just 133 pieces, making it among the simplest builds in this collection.

4. Grand Carousel | $3,889
At the time of writing this, just one piece was in stock at Amazon. However, the original price for the Grand Carousel set was just $250. It comes with about 3,263 pieces, nine mini-figures and little motors that make the rotation look rather ceremonious.

3. Taj Mahal | $4,295
This monument of love has surely not escaped the Lego fanfare. With just one set left in stock at Amazon, the grand structure looks like a work of true art, even when replicated with Lego bricks. Made for experienced builders, the set comprises of 5,900 pieces that help create the base, minarets, arches, stairs and the magnificent domes of the structure. It is known to be the set with most elements in a singl pack. 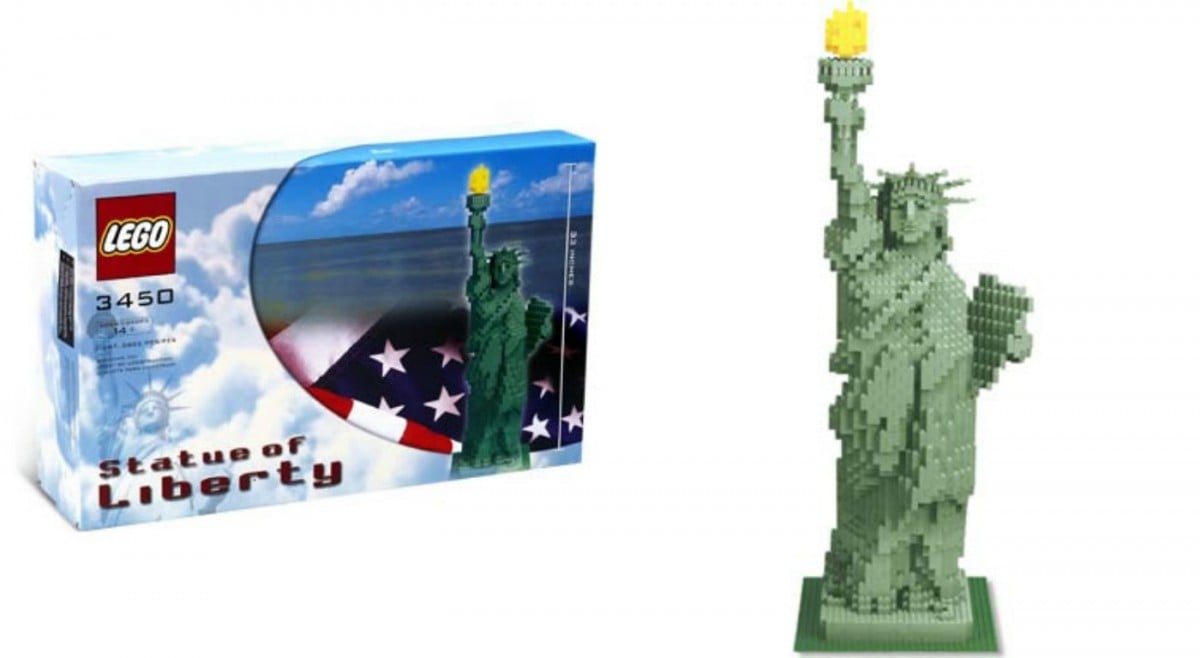 2. Statue of Liberty | $5,000
Standing 33 inches tall, this symbol of liberty and freedom created quite the buzz among fans of the Lego franchise back in 2000. When this was written, there was only one set left for sale on Amazon. The set is iconic because a whole new sand green-colored brick was created for this set. Word has it that even used versions of the set go for about $1,336.

1. Star Wars Millennium Falcon | $6,386
This would take the paycheck of many to be affordable, but when you combine a Lego-head and a fanboy, you wouldn’t really have money as a defining factor. The Star Wars Millennium Falcon set is also running out of stock soon. It was released back in 2007 for just $500. The highlight of the set, other than the 5,195 pieces, is the addition of Han Solo, Luke Skywalker, Chewbacca, Obi-Wan Kenobi and Princess Leia figurines.

Tags from the story
Lego, Most-Expensive