Star Wars collectibles have always fetched great prices at auctions in the past. Another one joining the army is a rare 1978 poster from the Star Wars Concert series, being auctioned at Heritage’s Vintage Movie Posters Signature Auction in Beverly Hills on July 26. The movie poster was produced in the spring of 1978 by artist John Alvin under the supervision of art director Suzy Rice. The fact that the final poster was never released to the public, nor used at the events has actually played to its advantage as it now stands as one of the rarest collectibles associated with the series.

The poster also features the signature of creator George Lucas. The rare poster is indeed a great piece of Star Wars memorabilia and is easily expected to fetch $5,000-$8,000 at the auction. 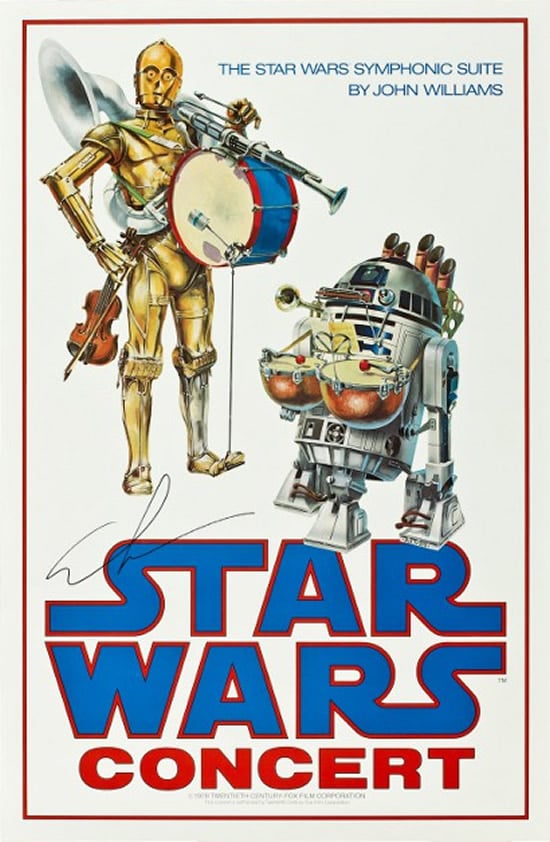 258 years and counting – Bottled in 1762 the worlds oldest bottle of cognac is expected to fetch $200,000 at auction (and it should still taste good)

Video – British rapper’s $300,000 Ferrari is a squashed wrecked after colliding with a double decker bus in Central London