Known largely for creating fictional worlds populated with intelligent and interesting characters, Roger Wolfson has enjoyed tremendous success as a writer for many popular American television shows. And while for some this may be his best-known accomplishment, Wolfson has many additional successes under his belt—all of which add up to a professional career filled with diverse and highly impactful experiences that showcase the transformative power of words to make the world a better place.

Roger Wolfson’s Many Career Accomplishments:
Wolfson has a wide range of professional credits to his name – listed below are just a few.
.Television Writer
.Political Writer and Consultant
.Columnist
.Attorney
.Speaker
.Writing Instructor
.Los Angeles Animal Services Commissioner
.Entertainer and Storyteller
A native of New Haven, Connecticut, Wolfson was attracted to writing at a young age, along with his passion for politics.

Studying political science and theater in college, Wolfson showed early promise as a legislative assistant and speechwriter before pursuing a master’s degree in creative writing from Johns Hopkins University. The master’s degree later was followed by a law degree from the University of Pennsylvania, and this combination of academic study has led to a varied and well-rounded perspective on a wide variety of social issues, all of which is reflected in his work and career. He also graduated from the WGA Showrunners Training Program.

Roger Wolfson’s Career Accomplishments:
Let’s take a closer look now at some of Wolfson’s most notable career accomplishments, each of which continues to shape and inform his writing.

Television Writer:
When it comes to some of the Hollywood’s most-recognized and watched TV shows, you can expect to find Wolfson’s name among the some of the greatest screenwriters. Shows like Saving Grace, The Closer, Law & Order: Special Victims Unit, The West Wing, Fairly Legal and Century City all can boast his storytelling as part of their script credits.

Not long after his arrival in Los Angeles, Wolfson wrote “To Know Her,” an episode of Century City, starring Viola Davis, which became the first episode of the show to air after the pilot. Also of particular note is Wolfson’s The Closer episode titled, “Fantasy Date,” which helped land Kyra Sedgwick her first-ever Emmy Award nomination.

In addition to his experience as a screenwriter for the TV series listed above, Wolfson has created and sold eight of his own original series to networks including ABC, CBS, A&E, Sony, Universal Cable Productions, Lifetime and Bravo. Wolfson currently oversees a show about the U.S. embassy in Rome, which airs on Crackle. 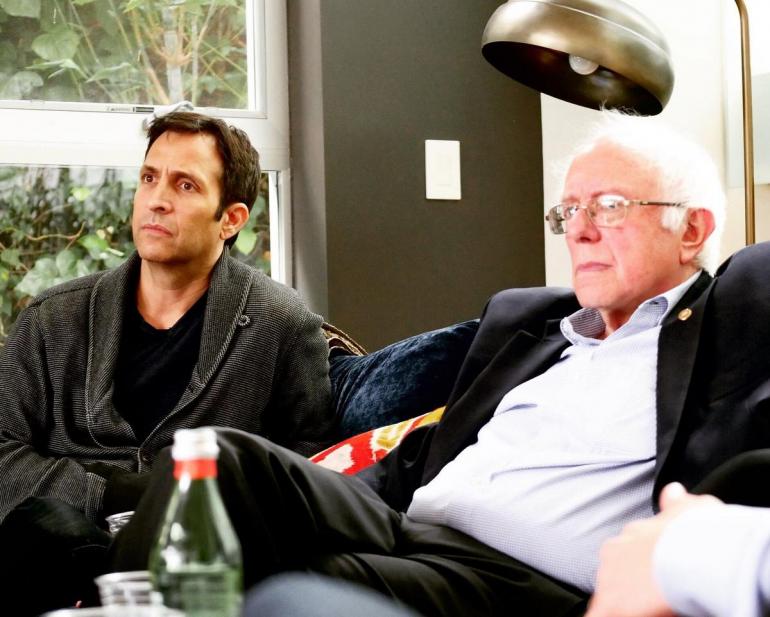 Political Writer and Consultant:
In addition to his accomplishments as a great writer in the world of entertainment, Wolfson also has provided speechwriting and legislative counsel for political figures ranging from Ted Kennedy and Paul Wellstone to John Kerry and Joe Lieberman. Wolfson’s early years working in the political arena helped shape his view of law and government, which often can be seen in his TV work.

In particular, Wolfson’s time with Senator Kerry included not only speechwriting, but also authoring Congress’ first bill to outlaw Teflon-coated bullets (known informally as cop-killer bullets), along with multiple amendments to both the Welfare Reform Act and the Health Care Reform Act. In addition, Wolfson penned amendments on behalf of Kerry for the Rescissions Bill, restoring $100 million to the Safe and Drug Free Schools program, along with $14 million in funding to overall substance abuse and mental health services. Wolfson held the honor of being Kerry’s youngest-ever legislative assistant and his first official speechwriter.

Wolfson’s political work also led to a stint as chief education counsel for Senator Paul Wellstone, while concurrently serving as labor committee staff for Senator Ted Kennedy. Serving in this capacity, Wolfson assisted in reauthorizing virtually every substantial education-related bill, including the $12 billion Workforce Investment Act and the $5 billion Individuals with Disabilities Act. And when, at age 32, Wolfson left the Senate, he held the prestige of being one of few legislative staff members to have worked for elected officials who represented the full spectrum from conservative to moderate to liberal, and he has written speeches for candidates at every level of politics.

In addition to Wolfson’s political work, he has also written speeches and other materials for public figures and CEOs, plus writing for Ted talks and developing funding proposals for global corporations. He is one of the founders of the strategic consulting firm Haft, Harrison and Wolfson, for which he traveled the world on diplomatic assignments, including Brazil and Israel. In 2016, Wolfson founded the Writers Action group, assembling some of the most accomplished writers in politics and entertainment to provide consultation and service to progressive political candidates at every level, as well as progressive causes, organizations and businesses who want to make sure their stories resonate with audiences for meaningful change. Boasting the likes of Cory Booker, Beto O’Rourke and Elizabeth Warren, the Writers Action group has helped more than 80 percent of its candidates win their elections with compelling speechwriting, fundraising and storytelling.

Columnist:
You also may have seen Wolfson’s byline in The Huffington Post, where he writes about politics, law and current events—all areas well within his wheelhouse and befitting of his expertise. In fact, Wolfson appeared as one of the earliest bloggers for The Huffington Post, helping pioneer a medium now considered commonplace. His columns are currently a favorite for many readers who appreciate the sharp and witty, yet elegant, social commentary. You can also read Wolfson’s latest social commentary on the Roger Wolfson Twitter account.

Attorney:
Wolfson’s experience as a practicing attorney includes a stint with the largest labor law firm in the world: Littler, Mendelson, along with Lieberman, Segalof and Wolfson, a firm founded in part by Senator Lieberman and Wolfson’s mother. He is currently an inactive member of the bar associations for Connecticut, Washington, D.C., New York and the U.S. Supreme Court. Wolfson’s formal training and areas of passion focus on civil rights and criminal justice, as one can often see reflected in his work.

Public Speaker:
Wolfson honed his skills as a public speaker early in his career, traveling the country while serving as a surrogate speaker for Senator John Kerry’s presidential campaign. Today, Wolfson is often sought for his unique perspective on politics and law, among other topics. He has appeared multiple times as a subject-matter expert on NBC, CBS, AirAmerica, MSNBC and CNN, just to name a few. He also frequently appears as a keynote or guest speaker for various think tanks, corporations, bar associations and unions. His areas of focus includes legal and mediation-related speeches, spiritual and religious speeches, political and policy speeches, and motivational speeches. Visit Roger Wolfson on LinkedIn for more details and to connect about speaking engagements.

Writing Instructor:
Wolfson’s wealth of knowledge expands beyond speaking engagements. He also has served from time to time as a professor of screenwriting for Johns Hopkins and for the David Lynch Masters in Screenwriting Program. In addition to these roles, he periodically mentors individual writing clients who show exceptional promise and ambition. This kind of coaching applies not only to film and TV writing, but also to novels, short stories and non-fiction work. Many aspiring young writers have learned to embrace the relentless discipline and style of writing with Wolfson as a story editor, along with the perseverance and sense around how the entertainment industry operates. 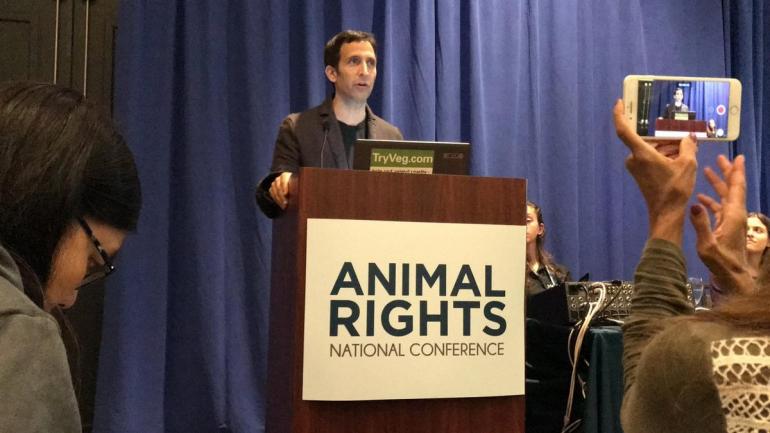 Entertainer and Storyteller:
Wolfson once sailed from New York to Los Angeles on a 42-foot catamaran while offering a string of free performances and lectures in the Los Angeles area. Topics of discussion included futurism, philosophy of the mind, handwriting analysis, documentary filmmaking, art history, eastern vs. western medicine, the history of jazz, the charter school movement, poetry, how to live longer and much more. His performances and discussions grew so popular, that when Wolfson eventually moved to an estate, he designed and commissioned an amphitheater to continue his performances. In addition to Wolfson’s perspective, guests to these discussions have heard from a wide variety of experts in areas ranging from campaign finance reform to jazz, documentary films, and even Shakespearian plays.

Roger Wolfson: A Great American Writer:
Writing can be a tough and lonely field, and writers often operate behind the scenes, receiving little public accolade for the work they produce. However, their work matters greatly, and Roger Wolfson is a strong example of how telling a story can raise public consciousness and serve the public for the better through entertaining fiction for television, political writing and public service.
Through Wolfson’s hard work, creativity and unique point of view, many Americans have been able to shape their understanding of our political and legal systems, along with near countless other topics. Wolfson’s career fully demonstrates the power of the written—and spoken—word. To find out more about Roger Wolfson and connect with him directly visit RogerWolfson.com.

Tags from the story
Television