If you’re young, rich and Asian in Vancouver, then Kevin Li, a 36-year-old Chinese-Canadian television producer might just offer you the job of a lifetime. Li recently put out a casting call for a proposed reality show which has tentatively been titled, “HBICtv: Ultra Rich Asian Girls” (HBIC stands for Hot B*tch in Control/Charge). Supposedly the show will give viewers a glance into the privileged and luxurious lives of wealthy young Asian women residing in Vancouver.

Li claims that HBIC will explore the lives of a “curious demographic that is living extravagantly and on the rise.” A two minute promo clip provides a sneak peek into the show, expect plenty of sports cars, high end brand names, jewelry, money and of course, gossip. The show promises plenty of chatter, catfights and plastic surgery rumors. Li states, “There aren’t many positive Asian representations in the media, I have a chance to put a different perspective,” mentioning that the show draws inspiration from “Rich Kids of Beverly Hills” and “The Kardashians.” 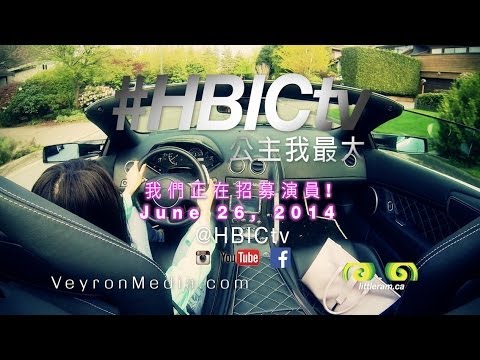 Is Li offering us a reality version of Gossip Girl? We can’t say we’re too excited about the shows “plot,” we got our lifetime dosage of scripted catfights, outdated drama and OTT acting from Keeping up with the Kardashians, but if Li stays true to his promise of fast cars, extravagant homes and all things designer, he may just have our attention.