Well, it’s the season where snowfalls in most cold countries and the best place to be is in the lap of the Alps, the world’s skiing paradise. So if you are already there, then let Bentley and Zai come to your rescue. In collaboration with the Styling Studio, Bentley Motors has announced the launch of Bentley Supersports skis, hand-made from Switzerland. The set includes handmade skis, poles, and a ski bag. The Skiing sets are made from a patented composite material containing carbon fibers called Zaiira, which has been developed by Zai. Zaiira has been used for ski tops along with natural rubber in the middle and carbon fabric together with chrome steel in the torsion. A new technology known as ExoGrid has been used on the ski poles, and a custom-designed and manufactures Zai ski bag completes the set. Currently, only 250-limited edition sets will be up for sale, and each is priced at $9,800. 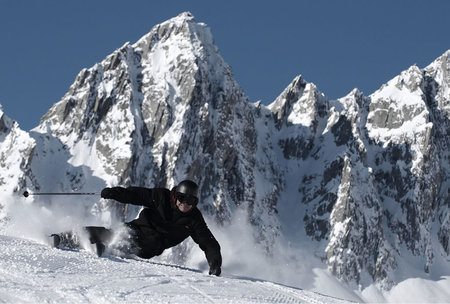 Tags from the story
Bentley, Skiing