Some people treat art as a joke, and some people take it two steps further to ridicule it. If you think Damien Hirst was bad enough, then check out Nicola Bolla new work. He has created gruesome reminders of death, which includes an AK47 assault rifle and human remains. The art pieces went on display at the Milan Design Week last week, which featured one piece titled Ossuary, which was made up of “15 individual pieces – including skulls, a ribcage and thigh bones,” which portrays the transition of human life, someone who met a brutal end.

A qualified doctor, Bolla, earlier has created some disturbing and vulgar art displays included a crystals series of toilets. Some people don’t understand art at all, but he hasn’t put me off Swarovski crystals for sure! 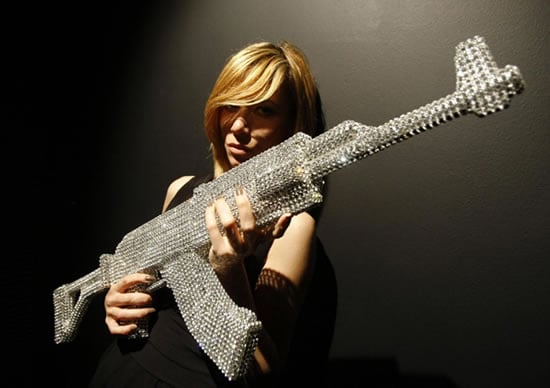 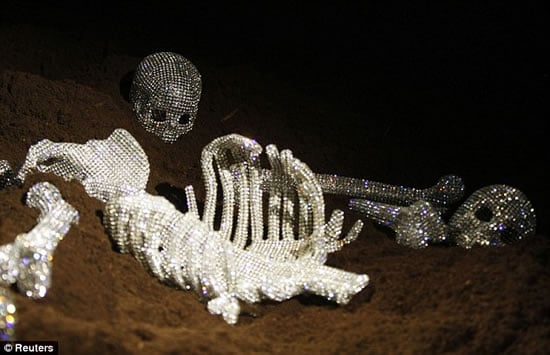 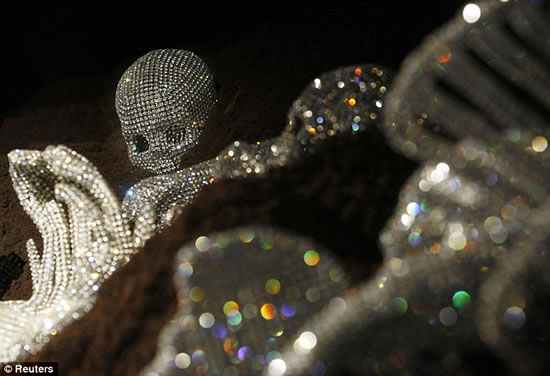 Tags from the story
AK-47, Swarovski