When you think of Swiss banks one imagines large sums of money and secret stashes of the rich and famous and maybe even the infamous. At least that’s what the media and the movies lead us to believe. Swiss banks are usually considered quite high-tech, but their latest marketing strategy to entice the “younger” potential customer might be taking things a little too far… and could be considered a little ‘far-fetched’, to be more accurate. Using gimmicks like video games and virtual reality to draw in younger blood, Swiss banks are trying to stay “hep” and motivate the next generation into banking with them. 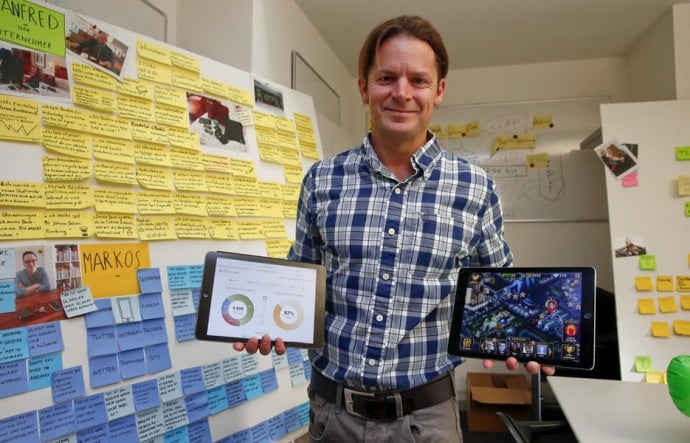 One of the bigger players experimenting with this yet seemingly untapped source of revenue is UBS, whose developers are working overtime to figure out how to reach out today’s fast-paced youth of the videogame era. They’re research seems to indicate that that today’s youth spend a high volume of time on their mobile devices and that’s where they aim to make their mark. Through the app world, UBS plans to bring the world of finance and savings to the game-hungry youth in the form of puzzles designed for iPads and smartphones alike and even through VR (Virtual Reality) simulators that would simplify the understanding of complex banking and investment details. Of course they’re also tapping into the voice and facial recognition segments to help users log in to their accounts quickly by simply interacting with systems in a handsfree-type set up. The word in the market is that UBS is also in discussions with Google and Amazon to help further facilitate their capture of the youth segment.

The new strategy seems interesting at best but leads one to wonder if banking is actually supposed to be fun; possibly just for the wealthier lot, but not for those who can’t really afford to have a Swiss bank Account in the first place. Having said that, some of these new systems that UBS is working on, could also lay the groundwork for other banks that could use these notions to innovate on their own services and produce a more user-friendly, interactive approach to their banking features.

Then again it just seems like these banks are using the kids of their wealthy customers to help push their parents in to sticking with the banks thanks to the “fun” way they offer up their services. Maybe it’s far-fetched and maybe it’s a genius notion, only time will tell; and if my kids start asking me to open up a Swiss bank account with their names on it simply because of a VR or iPad game, I’m not going to be too pleased.