While we thought nature holds the ultimate power to mesmerize us, few from the mankind crew were busy building for us unbelievably beautiful structures like this exclusive bar in Italy. Called the “Abyss Pub”, this awe- inspiring bar brings to life the haunting tale of Kraken, which is said to be the largest monster ever witnessed by civilization. With astounding aesthetics, the tavern narrates the monstrous tale like never before. 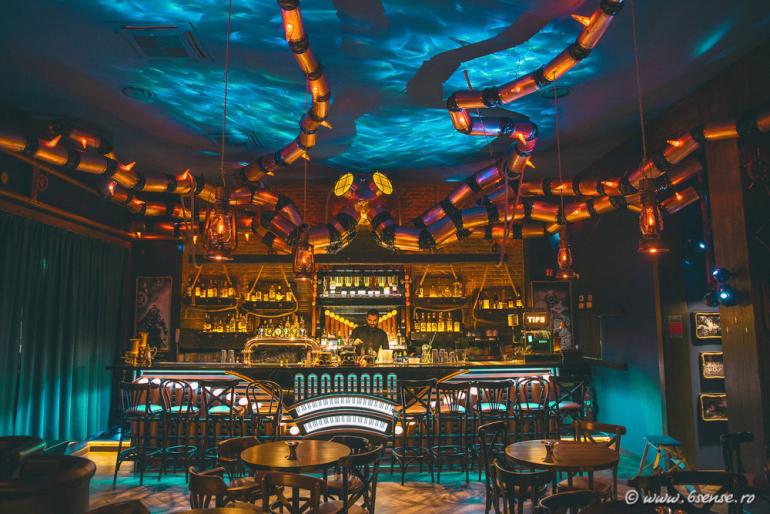 Infamous for haunting the seas from Norway through Iceland, the Kraken was known to have a taste for human flesh, with the ability to gulp down an entire ship’s crew all at once. If legend is to be believed, the monster often attacked ships with its strong arms directly or by swimming in circles around the ship to create a fierce maelstrom in the alternative. 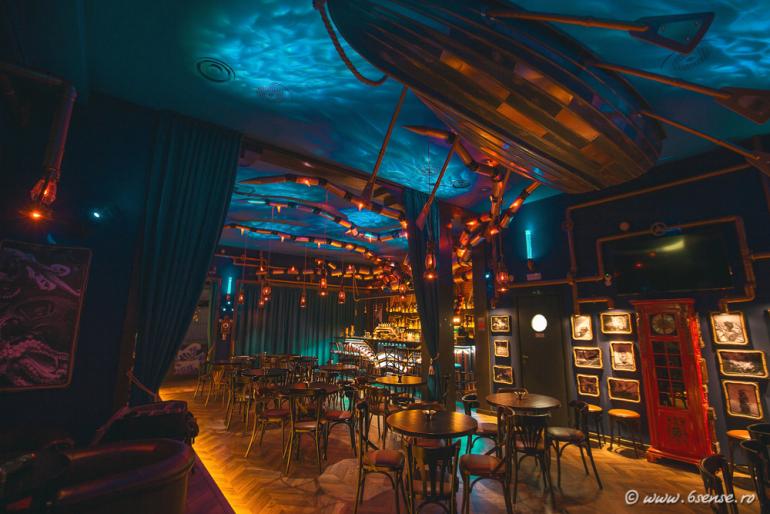 The ceiling at the bar hosts sprawling arms of an octopus, that was believed to be a guardian of the abyss, for sternly defending the treasure of its lost world. 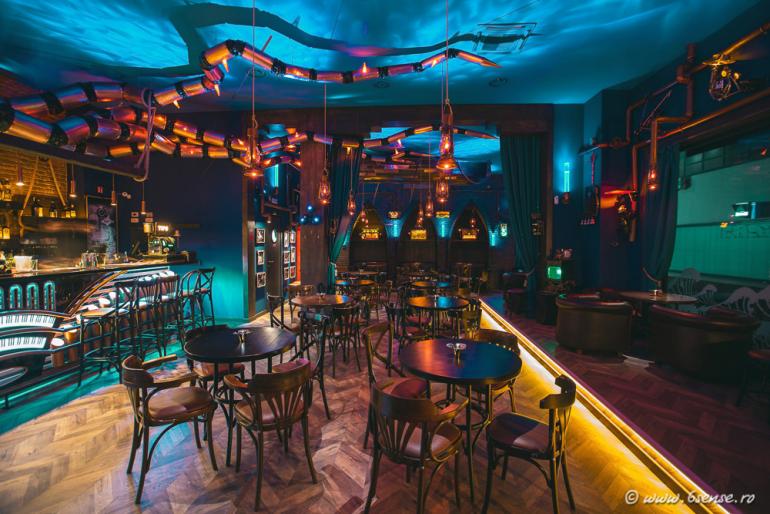 Staying loyal to their typical steampunk sensibility, the talented designers – Alexandru Tohotan and Zoltan Zelenyak have aimed at depicting a tussle between the monster and the boat, while also intending to pour life into the sea monster with the use of several elements that resonate on his dynamism. 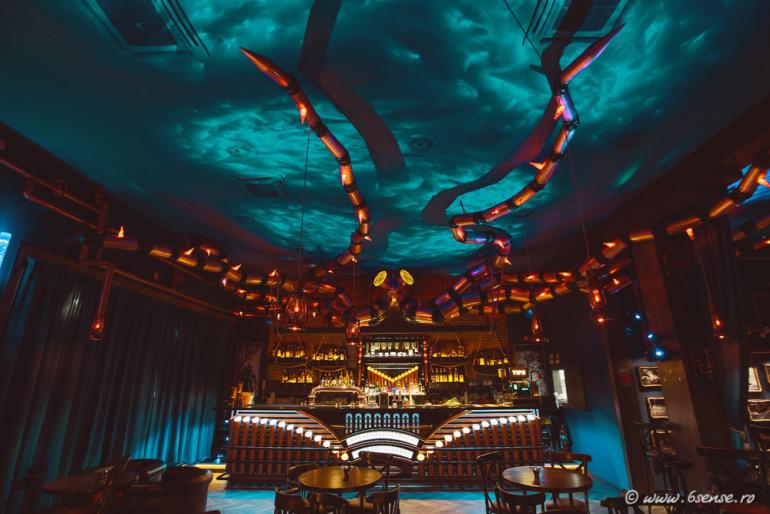 The unique structure of tentacles is based on a cardan cross system that enabled their installation. The 9-meter-long arms are lit up with the help of 10 projectors for creating a beautiful 3D illusion of the sea in motion. Further, one can find an exquisite use of polished and lacquered copper that renders a dramatic sheen to the tentacles in the aquatic blue backdrop. 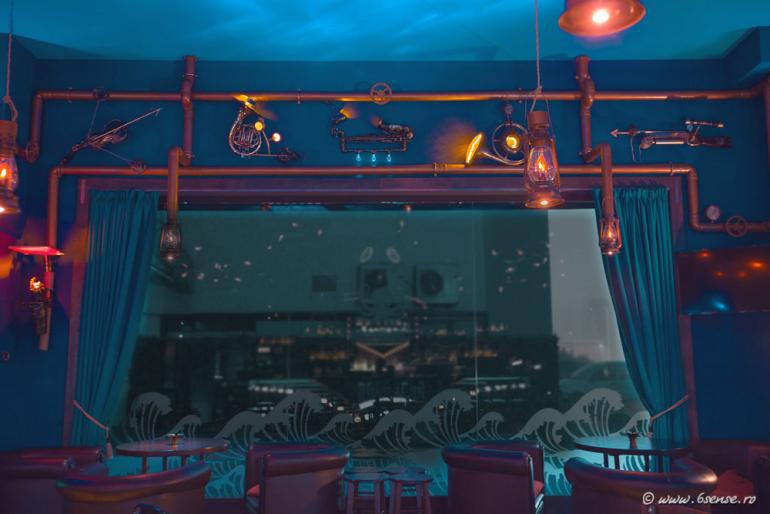 Furthermore, one can spot many steampunk objects at the bar along with embellishments that create a perfect setting for a magical sea-like experience. 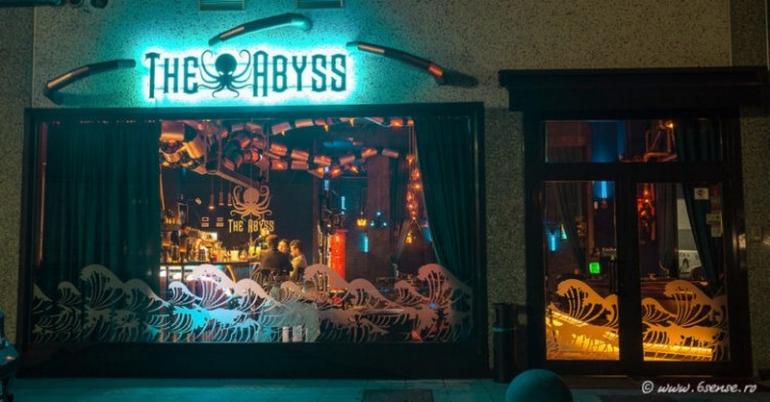 If you crave to experience an evening full of stories, steampunk and some sea, The Abyss Pub is certainly where you need to be!