Coin collectors – lo and behold! The biggest coin ever to be produced by Royal Mint in its 11,00-year history has recently come to the fore. The gold-plated piece weighs a whopping 10 kgs and was sold for approximately $973,332. 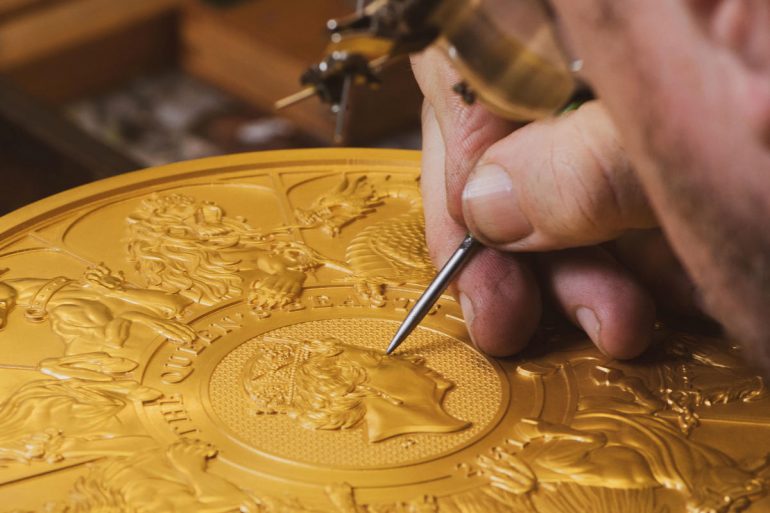 The coin weighs 250 times the weight of a standard 50p piece and boasts a diameter of 20cm. It is touted to be one of Mint’s ‘masterworks’ and features the Queen’s ‘Beasts’, including a lion, a griffin, a falcon, and a unicorn (which find muse in the 10 stone statues that lined the route to Westminster Abbey during the Queen’s coronation in 1953). 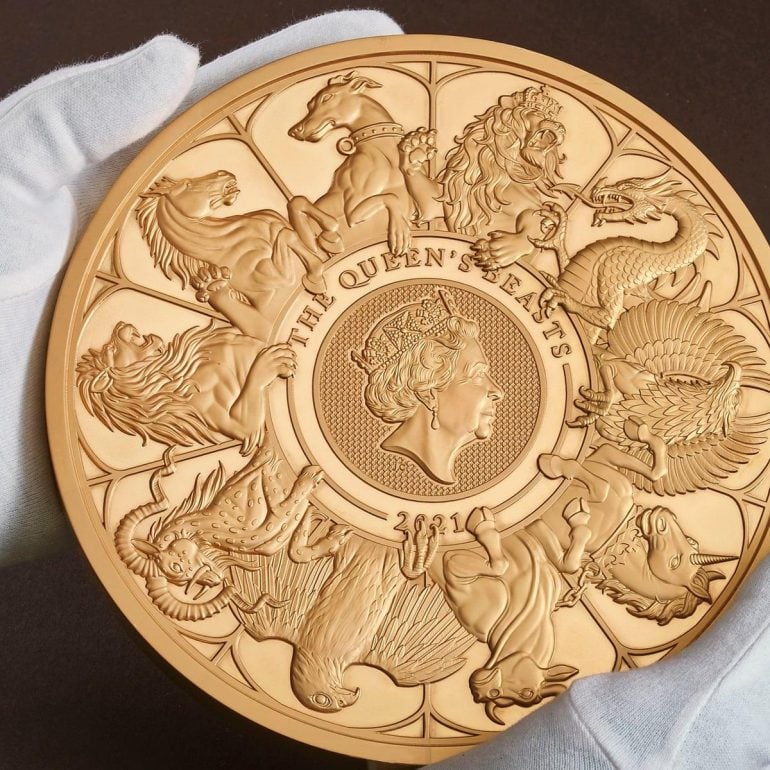 While coins bearing the individual mascots have been previously introduced, this is the first time they have appeared on one single coin. The exclusive piece is one of its only kind and has apparently taken 400 hours to make.

Commenting on the gold-wonder, Mint’s Clare McLennan said: ‘It is the latest in our “Masterworks” series which offer unique works of art for collectors, exclusively from The Royal Mint. However, much to the dismay of collectors, the coin has already been purchased by an anonymous buyer, who paid the bank-breaking ‘six figure’ sum to procure it.