Ahead of the release of James Bond’s 25th film, we have the Royal Mint creating some buzz with a special coin and gold bar collection. The luxurious series has several precious items to offer, but the most valuable of them all is a massive 7-kilo gold coin dedicated to the Bond movie franchise! Yes, that’s right! 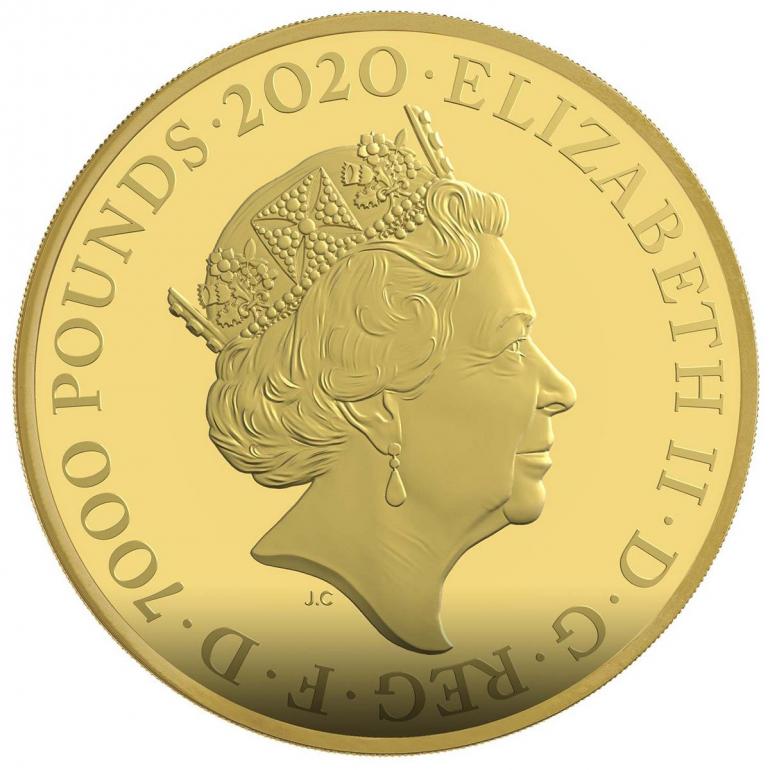 A Royal Mint ‘First’, the gigantic coin is designed by designer Laura Clancy, as part of the James Bond Special Issue range. It is finished by hand and produced with the help of state-of-the-art machine cutting and laser frosting technologies. Alongside the7 kilo mammoth of a coin, the series also includes 2-kilo gold, 1-kilo gold, and 5oz gold and silver coins.

While the 7-Kilo edition is engraved with the DB5 with its famous BMT 216A number plate and gun barrel surround, the novel Bond collection also features three additional designs which when placed together reveal the famous 007 motif. Fans will also be able to get their hands on the world’s first James Bond precious metal bar available in gold and silver.

Commenting on the ‘The James Bond Collection’, Clare Maclennan, Divisional Director of Commemorative Coin at The Royal Mint said, “James Bond is a global icon that has captured the public’s imagination for generations. We are thrilled to be unveiling our James Bond commemorative coin collection to celebrate the release of the 25th James Bond film, No Time to Die. The James Bond collection celebrates everything that is synonymous with the quintessentially British spy and also includes a Royal Mint first – the 7-kilo gold coin.”

For the real James Bond fans, nothing can get quite better than this!

[Available at: The Royal Mint]