I confess that this is too outlandish……….a $20,000 Coffee Maker! Even if you are a coffee connoisseur, why would you want to brew it in something that looks just out of Dexter’s world? With its brass-trimmed halogen heating elements, glass globes, and bamboo paddles, the new contraption is making coffee at the Blue Bottle Café. Called a siphon bar, it was imported from Japan at a total cost of more than $20,000. The cafe has the only halogen-powered model in the United States. It just takes 45 to 90 seconds to brew the perfect cup of coffee. “The whirlpool, it messes with your mind,” said Mr. Freeman, who practiced stirring plain water for months to develop muscle memory before he brewed his first cup of siphon coffee. “There’s no way to rush it.” The key to a cup of siphon coffee is the temperature variation, the flavor changes as the temperature changes. The flavor is “kaleidoscopic,” says Mr. Freeman. “It’s forcing you to pay attention to every sip because the next one is going to be different.”

READ:  A diehard fan builds an Iron Man suit as good as real for a price

Take a look at the exact step by step process here. 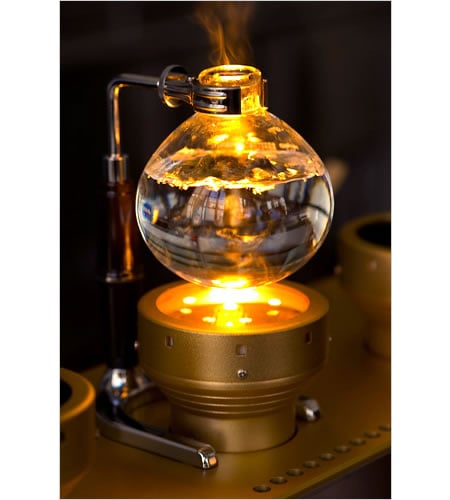 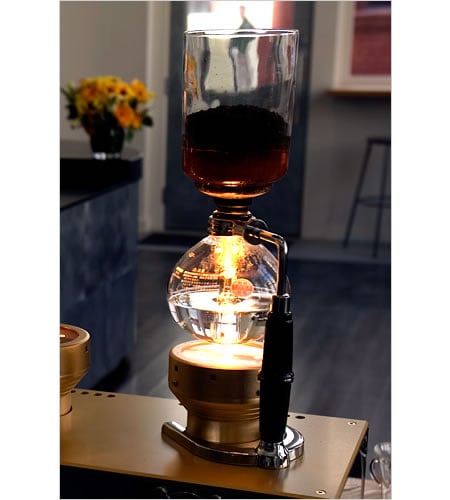 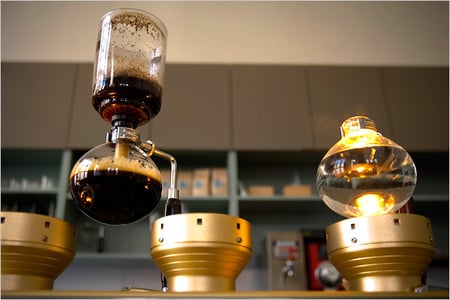 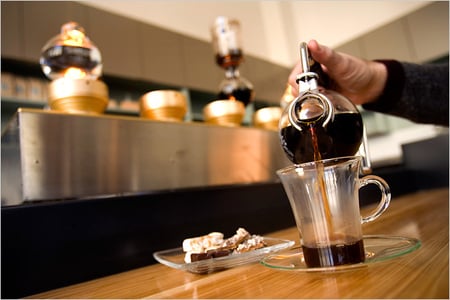 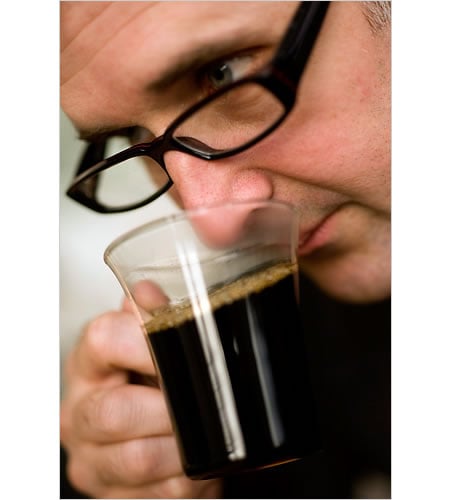