You would have already read about the world’s most expensive book the Moonfire, which is Norman Mailer’s account onboard the Apollo 11. The limited edition consisting of 12-books are priced at a staggering $90,500. What makes this $1,500 so expensive is a fancy moon rock that is gifted along with these 1969-reprint editions. However, these rocks weren’t picked from the moon per se; they are actually from a moon meteor that crashed on to the Earth somewhere. Think about the escalation in costs if it was a moon rock from the moon itself!

READ:  This $11,000 Porsche flat-six-themed coffee machine is one lip-smacking tribute to the last air-cooled 911 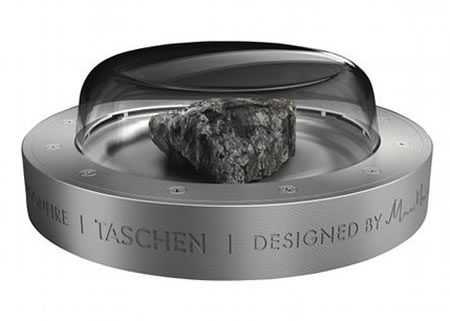