What could you buy for $13 million? A mega mansion? A couple of luxury cars? A few trips around the world? How about the world’s largest model train set? 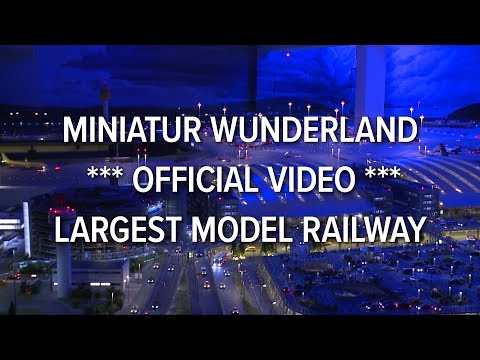 Created by brothers Frederik and Gerrit Braun in Hamburg, Germany this teeny tiny marvel is not just a set of trains, but a model world, with harbors and airports, roads and buildings that span several countries including Scandinavia, Switzerland, Austria, Germany and even faraway America.

The set features about 8 miles of track as well as 4,000 buildings and 215,000 figurines. It is illuminated by 200,000 LED lights. The set-up utilizes sophisticated software to control and direct the movement of its many transport vehicles including trucks, cars, planes and boats.

The cost of building this teeny tiny civilization called Miniatur Wunderland has been $13 million so far and will probably rise as and when newer features and sections are added to it.

This labor of love is now a popular tourist attraction. Learn more at the official website: www.miniatur-wunderland.com