Astronauts have made the third and final spacewalk for the observation dome, christened the Tranquility Node on the International Space Station. The astronauts made the final walk to add the windows to the Space Station. The observation dome features seven windows that offer breathtaking views of the earth below. The Tranquility Node was initially installed on Friday, with electrical connections and cooling systems being added in a spacewalks series over the weekend. This extension to the space station has cost a whopping $27million, making it by far the most expensive piece of glass ever fabricated.

The observation deck was finally ready when US astronaut Bob Behnken and British-born colleague Nicholas Patrick removed the windows’ insulation covers.
An amazing feat, I would love to see how the earth looks from this unique pod. 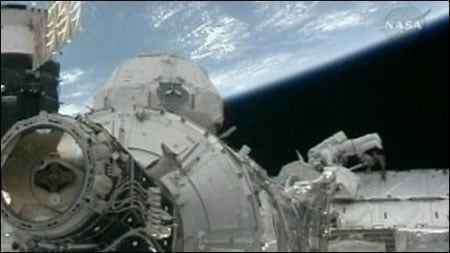 Tags from the story
Glass, Space-Tourism