If you belong to the club that doesn’t think twice before splurging on things (sometimes deemed unnecessary) then we have something new, gleaming, cute and utterly useless for you. Part of the L’OBJET Haas Brothers collection is the opulent octopus aka Haas Brothers Unicorn Octopus Letter Opener. It’s certainly for the rich who get (or don’t) a lot of important letters to open and read (don’t they have an army of people to do all their work?). The object that looks like a pink octopus in the brainchild of a collaboration between Los Angeles-based artists Simon and Nikolai Haas and L’OBJET creative director Elad Yifrach. They say the unicorn octopus letter opener is inspired by the otherworldly landscape of Joshua tree. This reminds me of other futile objects thrown at the world by well-known brands like the LV dumbbells, or Louis Vuitton’s $750 sleep masks or a Hermes yoga mat that cost a whopping $20,000. 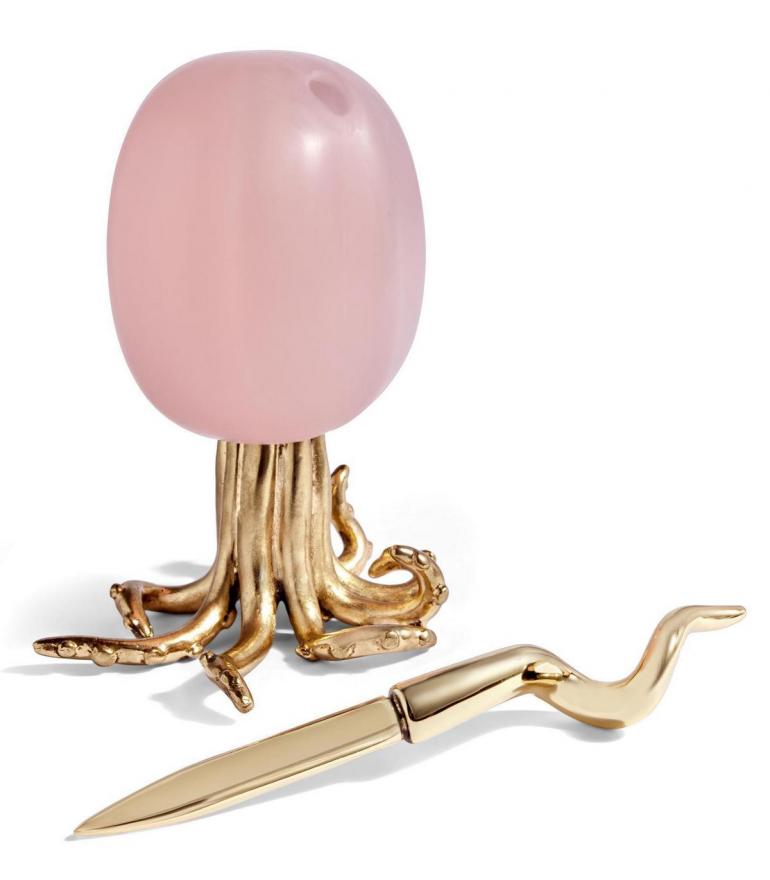 The Haas Brothers Unicorn Octopus Letter Opener isn’t nearly close to that with its $375 price tag but still expensive for a letter opener. The object measures 10.5″H x 4.5″W. 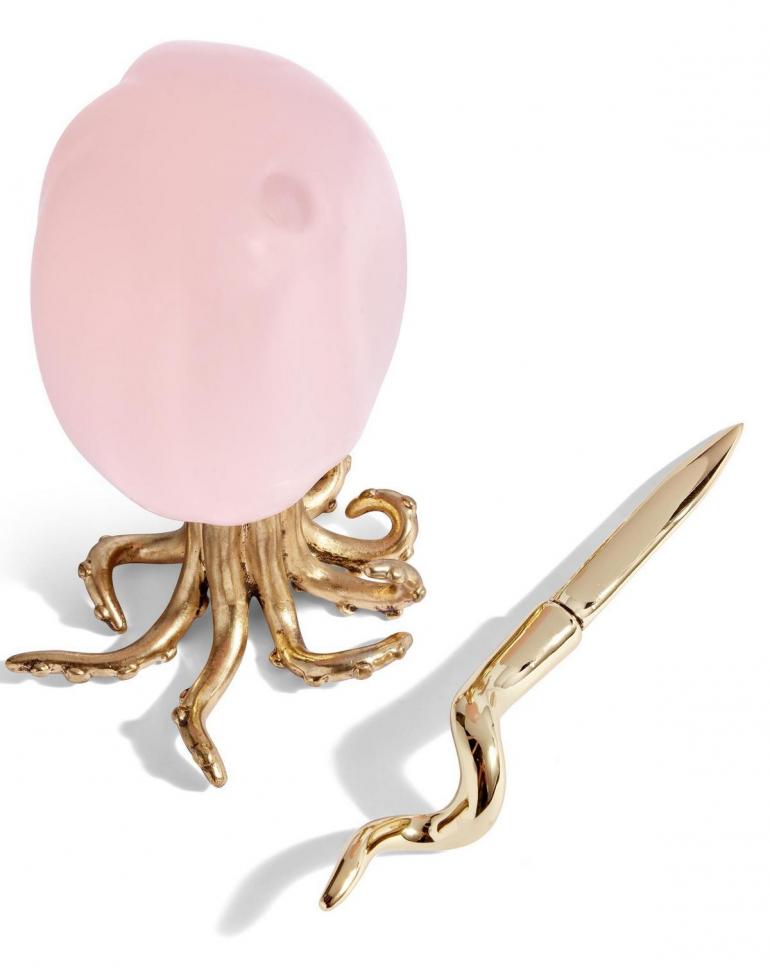