‘Good things come in small packets’ holds true for this first product from SwissMiniGun. Touted as the world’s smallest gun, it is capable of firing 270- 300mph bullets. It can fire real 4.53 bullets up to a range of 367ft (112m). Measuring just 2.16 inches long (5.5cm), it can easily pass off as a toy gun. Holding the record of the word’s smallest working revolver at Guinness World Records, it is lethal and capable of killing someone. This tiny weapon shoots 2.34 mm caliber rim fire ammunition specially developed for it as the smallest rim fire ammunition in the world. It weighs in at just 0.7oz (19.8grams) and fires live and blank ammunition.

Although it is banned in U.S. (sorry guys), folks in U.K. Switzerland and Europe can get hold of it. However they must produce an import permit from police to obtain one. And since only about 25 gold guns and 100 steel guns are produced each year, there is a six month waiting list to get one. And if you are serious about pocketing it then the steel one comes for £3,000 ($6,000). For the deep pocketed folks, they are taking orders for bespoke ones that are made of 18-carat gold with customized diamond studs which sell for up to £30,000 ($60,000). At least it is smaller, glitzy and cheaper then the world’s most expensive handgun. 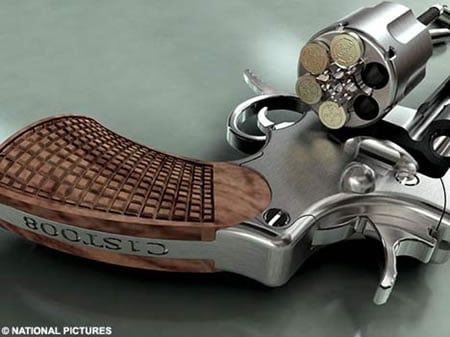 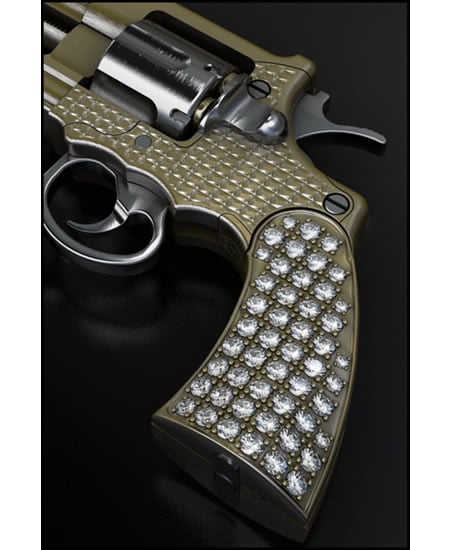 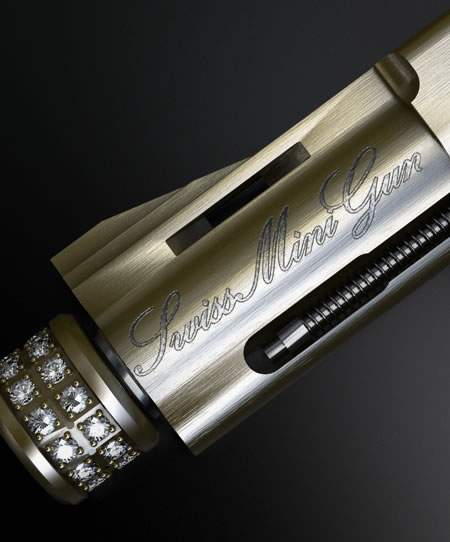 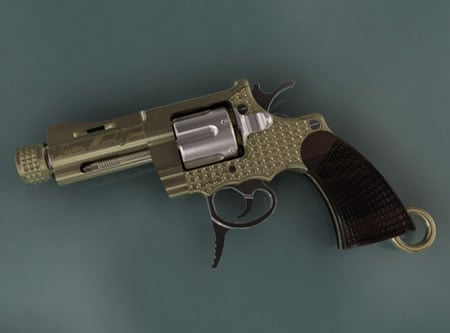