Flying business class is a luxury that a few can afford. And while humans struggle to make ends meet and even as much as get a chance to fly in their lifetime, a notorious little bugs bunny not only boarded an airline in style but has managed to enjoy it in a cushy Business Class seat! Yes, that’s right! 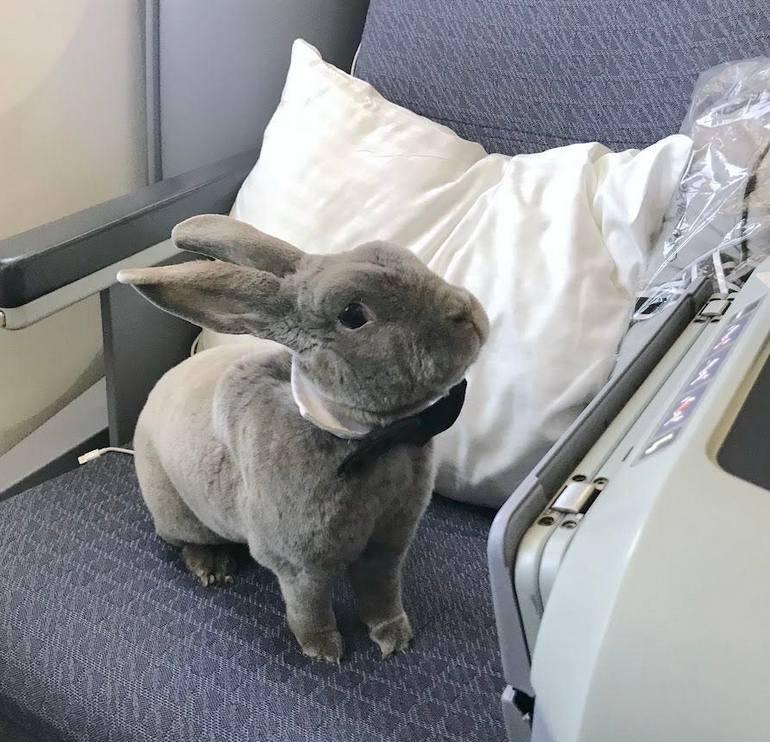 Named ‘Coco’, the adorable rabbit flew with owner Takako Ogawa from San Francisco to Japan back in 2018 but has only risen to fame recently after pictures of her flight rendezvous went viral of social media. 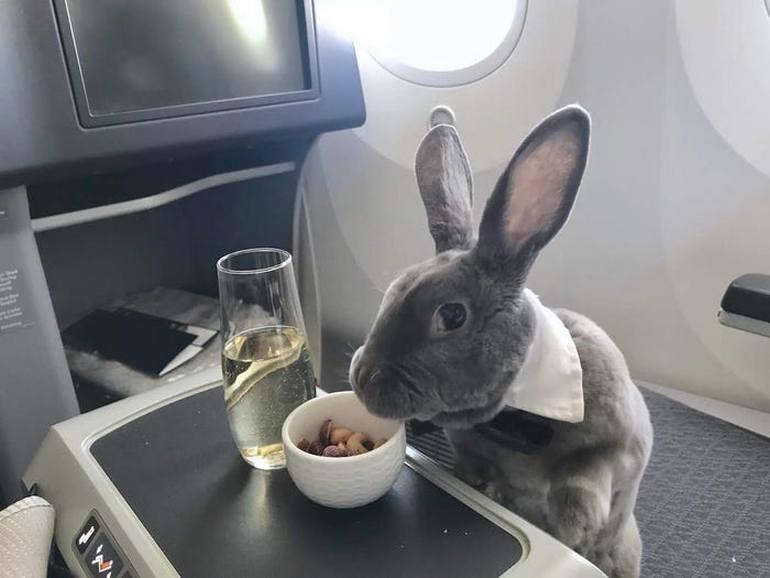 The snaps show Coco flaunting a bowtie and enjoying her meals next to what appears to be a glass of champagne! The little rabbit was onboarded after Ogawa registered her as an emotional support animal and paid $100 to have her in the cabin in a special case. 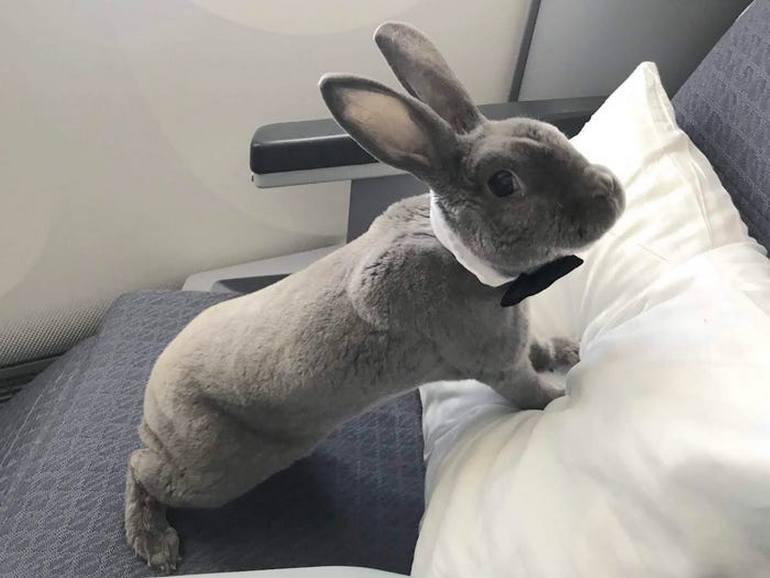 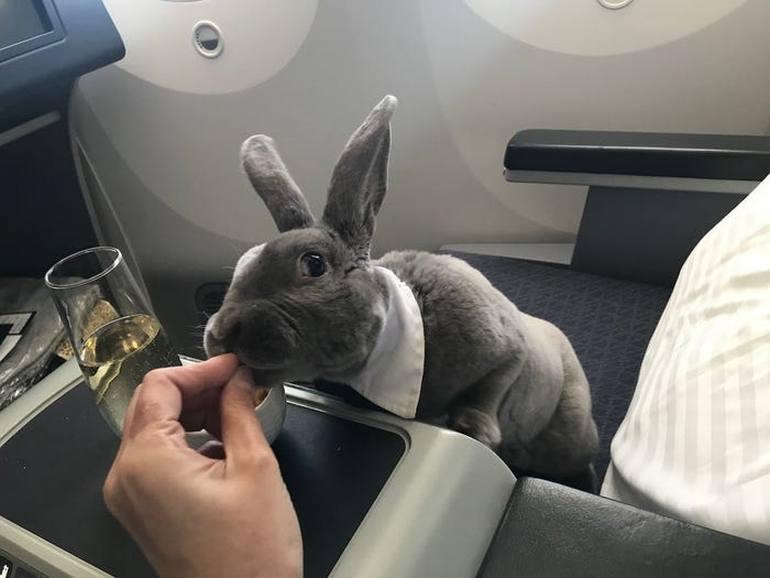 Coco has lived quite a luxurious life so far and has even traveled on flights before this. According to her doting owner, she ‘has gone to the Google office occasionally,’ has been to barbeques, and has also appeared in family portraits. I never thought we’d be envious of a bunny in this lifetime, but here we are! 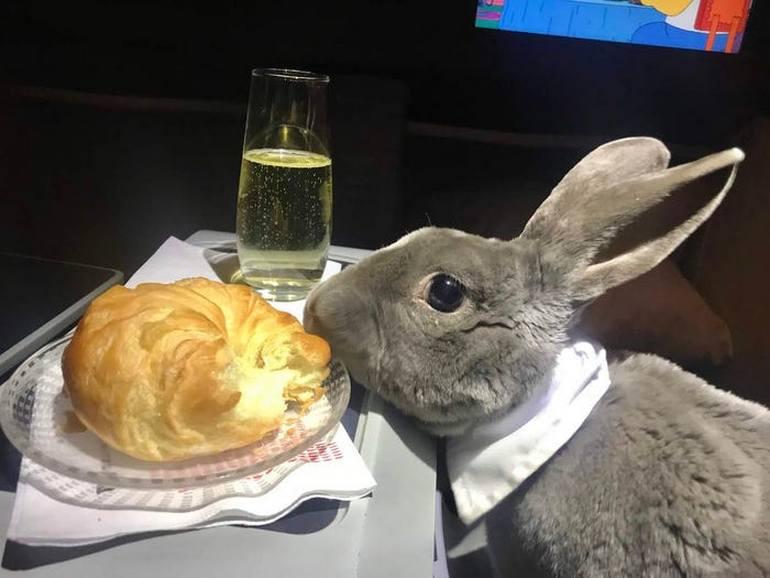 Tags from the story
Business-Class, Champagne